After much hype and anticipation, David Ayer’s 2016 DC comic book film Suicide Squad left much to be desired. Like, a lot. Aside from a quick appearance from Ben Affleck’s Batman there was almost nothing truly memorable about that film, not even .

But if there was one bright side to the film it was Margot Robbie’s performance as Joker’s main squeeze, Harley Quinn. Her take on the character was so dead on that not only did it inspire countless women to dress up as the homicidal heartbreaker but it also earned her a spinoff film where she leads a gang of female badasses as they take on a brand new Gotham City villain in Birds of Prey.

With the help of the like of Huntress (Mary Elizabeth Winstead), Renee Montoya (Rosie Perez), Black Canary (Jurnee Smollett-Bell), and Cassandra Cain (Ella Jay Basco), Quinn looks to take on another classic Batman villain, Black Mask (Ewan McGregor) as he tries to get them to fall in line with his crime syndicate and run Gotham City with an iron first. Looks interesting.

Check out the trailer for the Cathy Yan directed-Birds of Prey below and let us know if you’ll be checking for this when it drops February 7, 2020. 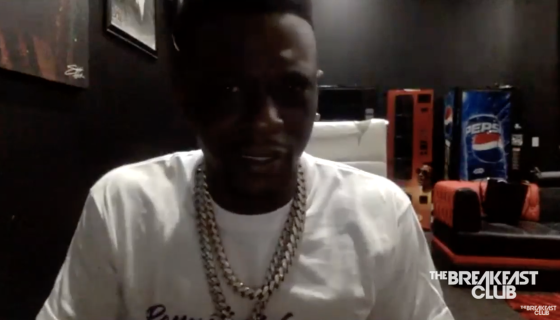 8 Things We Learned from Boosie Badazz On ‘The Breakfast Club’