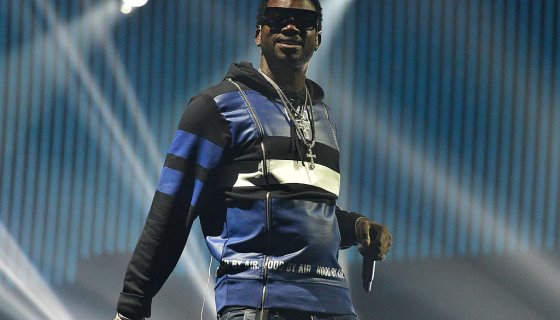 It seems that this time of quarantine and social distancing has given time to evaluate some of his industry beefs.

During an interview with Bank and for their podcast Big Facts, Gucci Mane addressed squashing the quiet beef he had with over the release logistics of their 2016 joint mixtape, Free Bricks 2: Zone 6 Edition.

According to Gucci, he and Future fell out over the way the joint project was released after Gucci dropped the entire project for free without putting it on streaming the day after he was released from prison.

“He said, ‘goddamn, Gucci dropped the whole tape, that ain’t how shit goes, You gotta put it on Spotify, this, that and the third,’” Gucci said. “I had just did that with [Lil] Uzi [Vert] and Uzi was with it. So, in my mind, we just doing this. I’m just juicing. I’m just getting out. I ain’t even thinking that much into it. We ain’t talked ever. He said, ‘you did some bullsh*t’ and then we ain’t talked no more.”

Gucci states that during social distancing the two hitmakers have reconnected allowing him to apologize for creating the issue by releasing the project without consulting with him.

“I looked at it like, I needed to do to him what I would want someone to do to me,” Gucci said. “So I talked to him and set things straight because I f*cks with him and I was wrong for that.”

Check out the full interview below.

Meek Mill Teams With Tidal, PUMA & Foot Locker For The Release Of His New Album