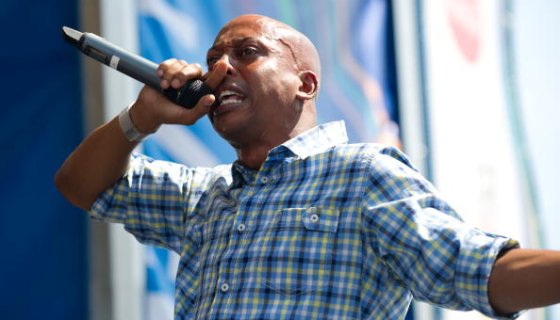 The e-beef continues to escalate between and Gillie Da Kid. One of the former’s most embarrassing moments might get revisited for the world to see.

As spotted on HipHopDX the Philadelphia MC shot back at Joe on the newest installment of his Million Dollaz Worth of Game podcast. On episode 70 he addressed him directly with a very clear threat of putting him on blast. “You keep talking sh*t ni*** and the next episode I’m putting it the f*** out,” Gillie said. “They walked in because you was talking crazy about them ni****. And then a ni*** punched you in your f***ing face. You fell on the floor and screamed, ‘My eye! My eye! My eye! My eye! My eye!”

He went to add further sauce. “Your man Mickey Factz, he sat in the corner. He had some shades on. That ni*** never looked up. He said ni***, you talked that sh*t, you gon’ take this ass-whooping by yourself. I just wanna tell you this so you know I’m not lying.”

Gillie is referring to an incident that occurred between Joe and Raekwon. Weeks prior alleged that Method Man was overrated which led to some further slick talk between both camps. The Chef and his entourage paid him a visit to his dressing room at the 2009 Rock The Bells concert. Joe was punched in the face and quickly vlogged about the situation. For years rumors have floated around that the attack was filmed but no clips have surfaced.

You can watch Gillie address the situation below at the 3:30 minute mark. Microsoft Drops A Bag, Purchases GitHub For $7.5 Billion In Stock