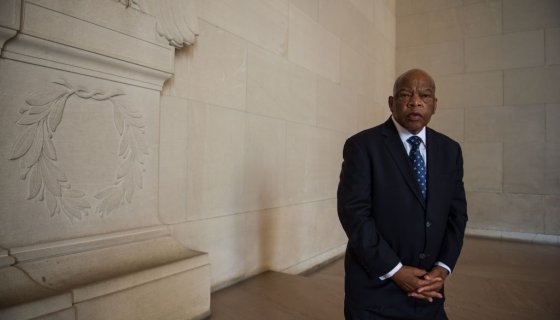 Get In Good Trouble: Remembering The Life & Legacy Of Rep. John Lewis

For much of his life, has been a servant to the people and a for Black America. Today, the world is gathered in mourning after news the Atlanta congressman and civil rights movement icon has passed away.

John Robert Lewis was born February 21, 1940 in Troy, Al. as on of 10 children born to his sharecropper parents. As a teenager, Lewis was enamored by the speeches of Rev. Dr. Martin Luther King Jr., and began his own pathway into the civil rights movement as a student activist in college while attending American Baptist Theological Seminary in Nashville, Tenn. and later gaining received a bachelor’s degree in Religion and Philosophy from Fisk University, also in Nashville.

In the early 1960s, Lewis became known as one of the original Freedom Riders, a 13-strong multi-racial group that rode on buses in an integrated fashion as an affront to the divisive practice od segregation. The group rode from Washington, D.C. to New Orleans under the guidance of James Farmer and the Congress of Racial Equality (CORE).

Lewis and other Freedom Riders moved about in nonviolent fashion, facing vicious mobs of angry whites at almost every turn. When he was 21, Lewis was beaten by a group in Rock Hill, S.C. for entering a whites-only waiting room at a bus stop, but recovered and rejoined the efforts headed of spending a little over a month in Mississippi in connection to the Freedom Riders protest. Lewis and other riders suffered physical violence at every turn but they refused to back down.

As a founding member of the Student Non-Violent Coordinating Committee, Lewis was asked to head the group in 1963, taking SNCC into a roaring set of actions including Freedom Schools, Mississippi Freedom Summer, and assisting with the Selma, Ala. voting rights actions that took place there. Lewis was part of the marchers who were injured in the so-called “Bloody Sunday” even where peaceful protestors were essentially beaten down by police and white bystanders who defied the march. The scars Lewis suffered in that horrific event were still visible well into his adulthood, and the moment shifted and invigorated the movement.

In 1977, Lewis worked in the administration of President Jimmy Carter as the associate director of ACTION, this after an unsuccessful bid at a seat in Congress. In 1981, Lewis was elected as a member of the Atlanta City Council, serving there ahead of making his renewed bid for a congressman seat. Lewis was sworn into Congress in 1987 and has remained there serving Georgia’s 5th District until his passing. Lewis was one of the last remaining icons of the movement and was forever connected to that fight even as a politician who served on behalf of all Americans.

Across Twitter, tributes for the late, great Rep. John Lewis have been high in volume as it should be. His bravery, determination, and sacrifice created pathways of freedom for those who suffered greatly under the weight of oppression. We’ll all hope to make some good trouble, necessary trouble in your honor, sir.

Terrible terrible news. Just heard that John Lewis has passed away this evening. Our heroes. All our heroes. May we live lives that are worthy of what they gave to us. Rest in Power brother Lewis. You gave us all such good trouble.

The @TheBlackCaucus Mourns the Loss of Congressman John Lewis https://t.co/9qRE2uRq1L

The world has lost a legend; the civil rights movement has lost an icon, the City of Atlanta has lost one of its most fearless leaders, and the CBC has lost our longest serving member. pic.twitter.com/2VNbgP8fqd

.@RepJohnLewis was a titan of the civil rights movement whose goodness, faith and bravery transformed our nation. Every day of his life was dedicated to bringing freedom and justice to all. pic.twitter.com/xMbfAUhLUv

Not many of us get to live to see our own legacy play out in such a meaningful, remarkable way. John Lewis did:https://t.co/KbVfYt5CeQ

John Lewis was an American treasure.

He gave a voice to the voiceless, and he reminded each of us that the most powerful nonviolent tool is the vote.

Our hearts feel empty without our friend, but we find comfort knowing that he is free at last.

As a young organizer in politics, John Lewis was an icon. He was among the first Freedom Riders at 21 years old risking his life to desegregate public transportation, was a leader in organizing his generation for Civil Rights, & spoke at the 1963 March at 23 years old pic.twitter.com/SSMCCbVmI0

We are deeply saddened by the passing of John Lewis. His life-long mission for justice, equality and freedom left a permanent impression on our nation and world. The NAACP extends our sincerest condolences to his family, and we send prayers of comfort and strength to all.

John Lewis was an icon who fought with every ounce of his being to advance the cause of civil rights for all Americans. I'm devastated for his family, friends, staff—and all those whose lives he touched.

My friend, thank you for showing the world what #GoodTrouble looks like. pic.twitter.com/cvG8nSJCW5

Thank you for it all, Congressman John Lewis. You will be remembered beyond all of the tomorrows. Another one of our Great Men has left us. God’s covering to you and your loved ones. #RestInPeaceJohnLewis pic.twitter.com/QJXHs2p8NN

Rarely is there an individual who sacrificed so much to make the world more just, but Congressman John Lewis did. I cannot even begin to put into words the contributions he made to the world.

I love you, Congressman.

May God rest your soul. pic.twitter.com/1V0UAsNS27 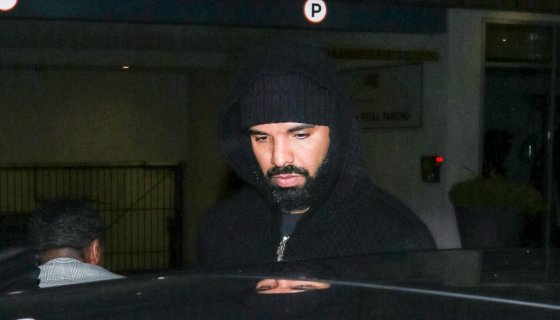 SHINee Commemorates 10th Anniversary With 'The Story of Light' EP Plus Sized Model Is Suing Future For Discrimination