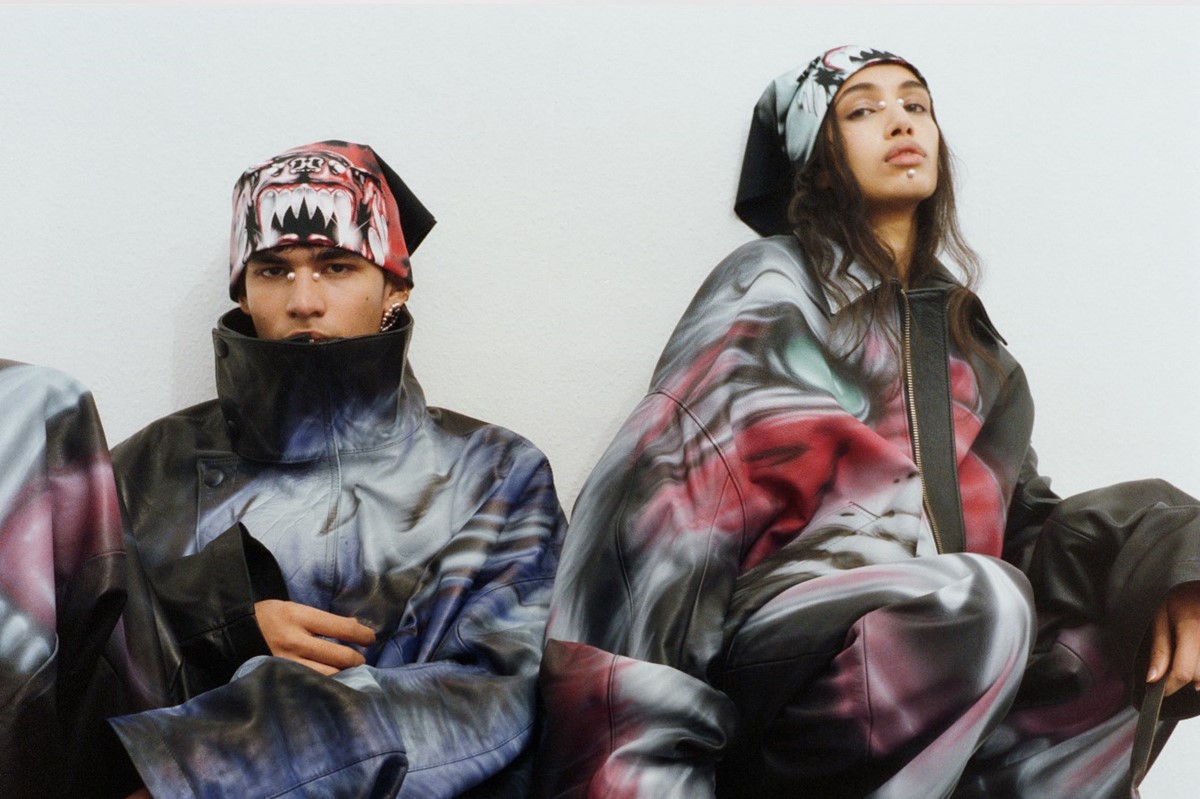 Gerrit Jacob is the rising designer unafraid to embrace tackiness

When a fashion course has been the starting point for some of the most venerated designers of our generation – Alexander McQueen, John Galliano, and Hussein Chalayan among them – those who graduate the Central Saint Martins MA face a dilemma. Do you go it alone, start a label, hedge your bets on your own name? Or do you just get a job?

Gerrit Jacob, a German-born fashion designer who completed the MA in 2019 – the last year of the course to have a physical runway show prior to the pandemic – selected the latter. His graduate collection, which opened the show, was a musing on the feeling of teenage disenchantment, a heady amalgam of oversized airbrushed leather, torn and patchworked denim, and colourful bandanas, wrapped around the mouth and printed with spiked teeth. Despite being one of the most memorable designers in the show, for the “tunnel-visioned” Jacob it didn’t yet feel enough to build a brand.

“A lot of people talk about starting a label as a consideration throughout the course, and it’s very much encouraged to think about it. I remember the show was on a Friday, and then the Monday after I looked at my Instagram account and the followers were still pretty low,” Jacob laughs. “The adrenaline was gone. I just thought, ‘I have to get a job now’.”

So he did. Just a month-or-so after graduation, he took a job at Gucci, relocating to Rome where the brand is based. There, he worked on men’s tailoring, later going on to assist on special projects, helping to create red-carpet outfits for Billie Eilish, Harry Styles, and Lil Nas X. “It was a good education because I’d never been exposed to that, it was about finessing millimetres, centimetres, moving a lapel,” he says. “Gucci does everything to the highest standard – creatively, the way it’s made, the factories they work with. The quality is literally insane.”

At the beginning of 2020, lockdown hit Rome. As the epicentre of the pandemic in Europe, Italy’s confines were particularly strict, leaving Jacob to work alone from his apartment in the city for months on end. The pause of everyday reality provided time for introspection, to weigh up priorities. “It was obviously nice to be employed during lockdown, I didn’t have to take a pay cut and my salary was secure,” Jacob says. “But it did make me think, ‘What do I want to do? Why do I want to do it?’ It made a lot of people, including myself, feel like you shouldn’t waste time doing things you think you should be doing.”

So, in 2021, after two years at Gucci, he set plans in motion for his eponymous label, moving back to his home country of Germany and to Berlin, a city he had wanted to live in for several years. “I was just like, let me do it. Let me try it. Try a new city. It was ten years since I’d moved from Germany to London to do my MA, so it felt like a nice time to go home.”

He got a studio, and started working on his first collection, getting up at 6AM each morning to teach himself airbrushing – a technique which had featured in his graduate collection, undertaken then by a collaborator Jacob found whose day job was spray painting funfair rides. Now, he wanted to do it himself – “I didn’t know how it was going to work, but it was something I needed to do, it was special to me” – a feeling born from nostalgia for a childhood spent visiting funfairs in Hamburg, where he grew up. “Everybody goes as a child with a parent, and then as a teenager it’s a huge thing,” he says. “There were airbrushed stalls with everything – animals, dodgy celebrity faces.”

In the collection itself, which is released today in a lookbook photographed by Yann Faucher and styled by Philip Ellis, these airbrushed motifs – the elongated neck of a swan, set against the moon and stars, a tiger’s open mouth, baring teeth – appear across leather jackets and trousers, their proportions amplified to give a feeling of teenage slouch. Each of these pieces would take days to make, with Jacob painstakingly working upwards from an original layer of spray paint in white, “terrified” about getting it wrong on expensive leather samples. But it worked. “Having something work out like that is satisfying, a lot more satisfying than doing it for someone else.”

“I always thought it was interesting how being made for the masses, and being made cheaply, means something is seen as having no value. But really these are the small luxuries a lot of working class people afford themselves to keep their sanity. I don’t think class is talked about enough in fashion” – Gerrit Jacob

Much of his work goes back to his childhood, spent after his parents divorced between the city of Hamburg, with his father, and Bad Bramstedt, a smaller town 40 kilometres north with his mother (a coincidence: Karl Lagerfeld, Germany’s most famous fashion export, also spent his childhood between the city of Hamburg and a villa in Bad Bramstedt). His father was a lorry driver, and a young Jacob would accompany him to car and truck conventions, the service stations that they stopped in (and their colourful slot and arcade games) left etched in his mind. He took up illustration and later discovered a book of photographs of Princess Diana, owned by his step-uncle, and became fascinated with clothing, drawing dresses and women’s bodies. “I just remember feeling really drawn to it.”

These influences lend his work a purposeful sense of kitsch – in this first collection, he cites the “unapologetic” photography of Pierre et Gilles, the “camp personal style” of Mickey Rourke and Jeff Koons’ Made in Heaven series, featuring his then-wife Cicciolina, as influences. These “bold and expressive” images he links once again to nostalgia, to growing up in Germany’s working class. “Kitsch is considered a reproduction of highbrow things for the masses,” he says of objects like china figurines and faux-pearl jewellery. “I always thought it was interesting how being made for the masses, and being made cheaply, means something is seen as having no value. But really these are the small luxuries a lot of working class people afford themselves to keep their sanity. I don’t think class is talked about enough in fashion.”

It’s this which threads the collection together: its name, A Secret Between Us, comes from a satin bedding company he found on the internet. “Satin was considered a really expensive fabric,” he says. “But when it’s bedsheets it becomes a really cheap, tacky thing.” He likes the idea of playing with how fabrics can be perceived, with denim jackets remade in shiny satin, alongside skimpy trousers with low-slung waists designed to show lace underwear beneath. Faux-pearls decorate giant buttons on patchwork denim, heart-shaped belts, and gobstopper rings. Pastel-coloured skater keychains are flocked, reminiscent of wallpaper. He says it’s about “remaking, not just recounting” memories from childhood. A collection to “embrace shame, recklessness, and nonsense at full speed”.

Jacob says it was 100 per cent the right idea to wait to start his label. “I guess it’s a more calm approach. It gives you time to think about what you want to be, and how you want to do it.” Sustainability is one of those things – all his patchworked denim comes from old discarded jeans, which might have been torn in the crotch or stained, and all his leather is deadstock. He’s also making plans to scale up production – certain leather pieces will only be made to order, but he’ll also recreate the airbrushing through digital prints, and manufacturers for other pieces in the collection have been found. “There’s a dichotomy between working at a corporate brand which now makes me appreciate doing things myself, a more hands-on approach,” he says. “I guess it really comes down to creative expression.”

Asked how he hopes somebody would feel in his clothing, he says protected, confident. “I don’t make quiet clothes, I make loud clothes.” He pauses. “Also they should feel sexy. To quote Helmut Lang, ‘If you can’t get laid in it, what’s the point?’” 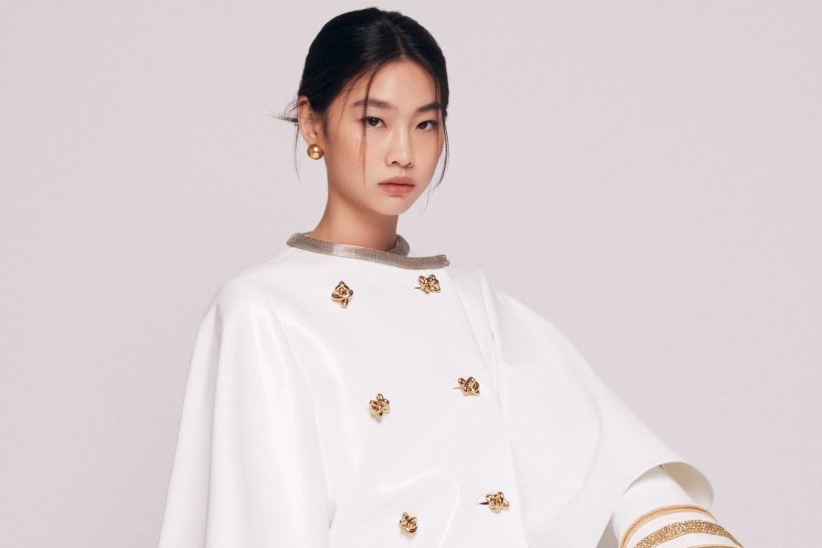 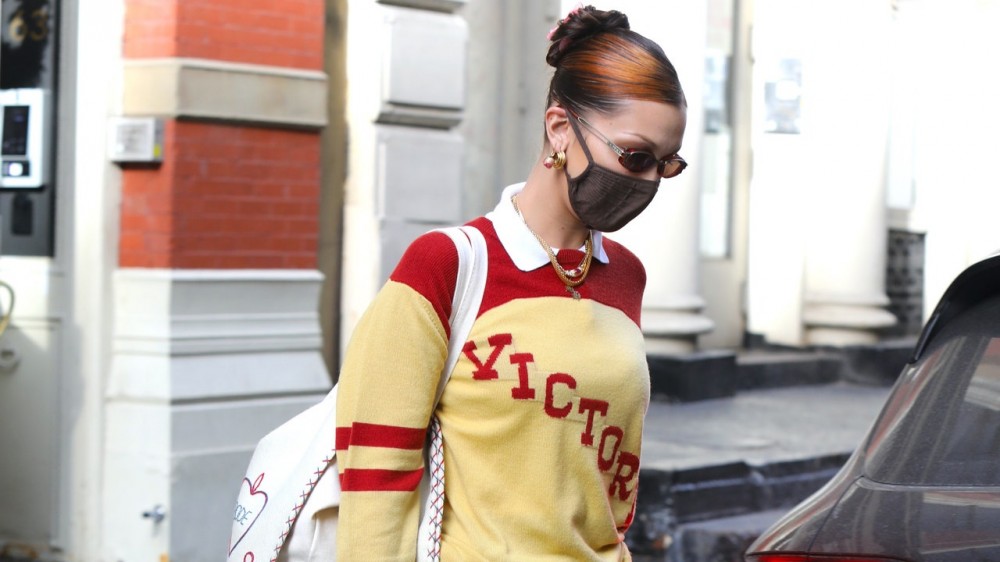 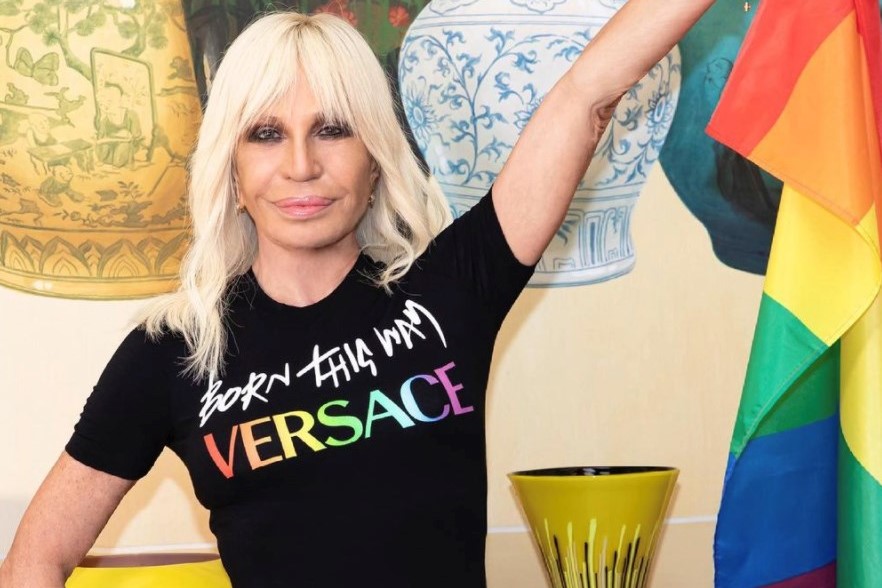