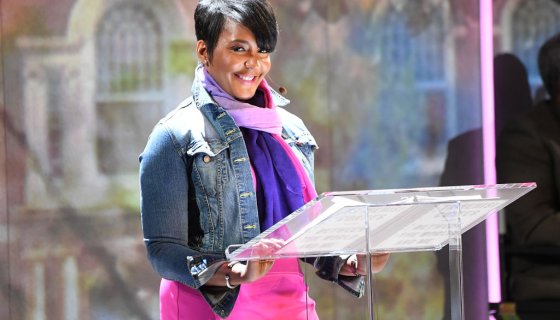 Georgia’s Governor Kemp is suing Atlanta Mayor Keisha Lance Bottoms because she’s trying to keep her city safe. The man who has an issue with the ATL’s mayor’s mandate that residents wear masks to help flatten the coronavirus curve.

Yes, Georgia is a COVID-19 hotspot with cases and deaths on the rise. Nevertheless, Kemp, who is a Trump boot shiner, issued an executive order banning counties from mandating its residents to wear masks.

On Friday, a day after suing the mayor of Atlanta for mandating virus-fighting rules that were stricter than his own, Gov. Brian Kemp said he would not stand down as the mayor’s “disastrous policies threaten the lives and livelihood of our citizens.” Mr. Kemp, a Republican, stood by his decision to sue Mayor Keisha Lance Bottoms and City Council members over their move to require masks and revert the city to the most restrictive reopening phase.

Mayor Bottoms is ready for the smoke, reportedly saying she would see Kemp in court.

However, Mayor Bottoms is the only mayor who Kemp is actually suing. Interestingly, the mayor of Athens, GA also issued a mask mandate. But, Mayor Kelly Girtz, happens to be a white guy. The mayor of Savannah, GA, a Black man named Van Johnson also has a mask mandate in place.

So the question is, why was Mayor Bottoms been singled out? That was a rhetorical inquiry because the answer is quite obvious. Besides Kemp clearly fearing a Black woman with power, Trump recently paid a visit to Atlanta. Coincidence? We think not.

Also worth noting is that Bottoms and her husband recently tested positive for COVID-19, so she has an intimate knowledge of the disease’s ramifications.

Considering the circumstances, this is one battle Gov. Kemp won’t be able to cheat his way out of. But he sure is trying. Kemp issued an order demanding that Bottoms not even speak about her mask mandate in public.

The optics are blatant, and Kemp is going to take an L. Wait on it.