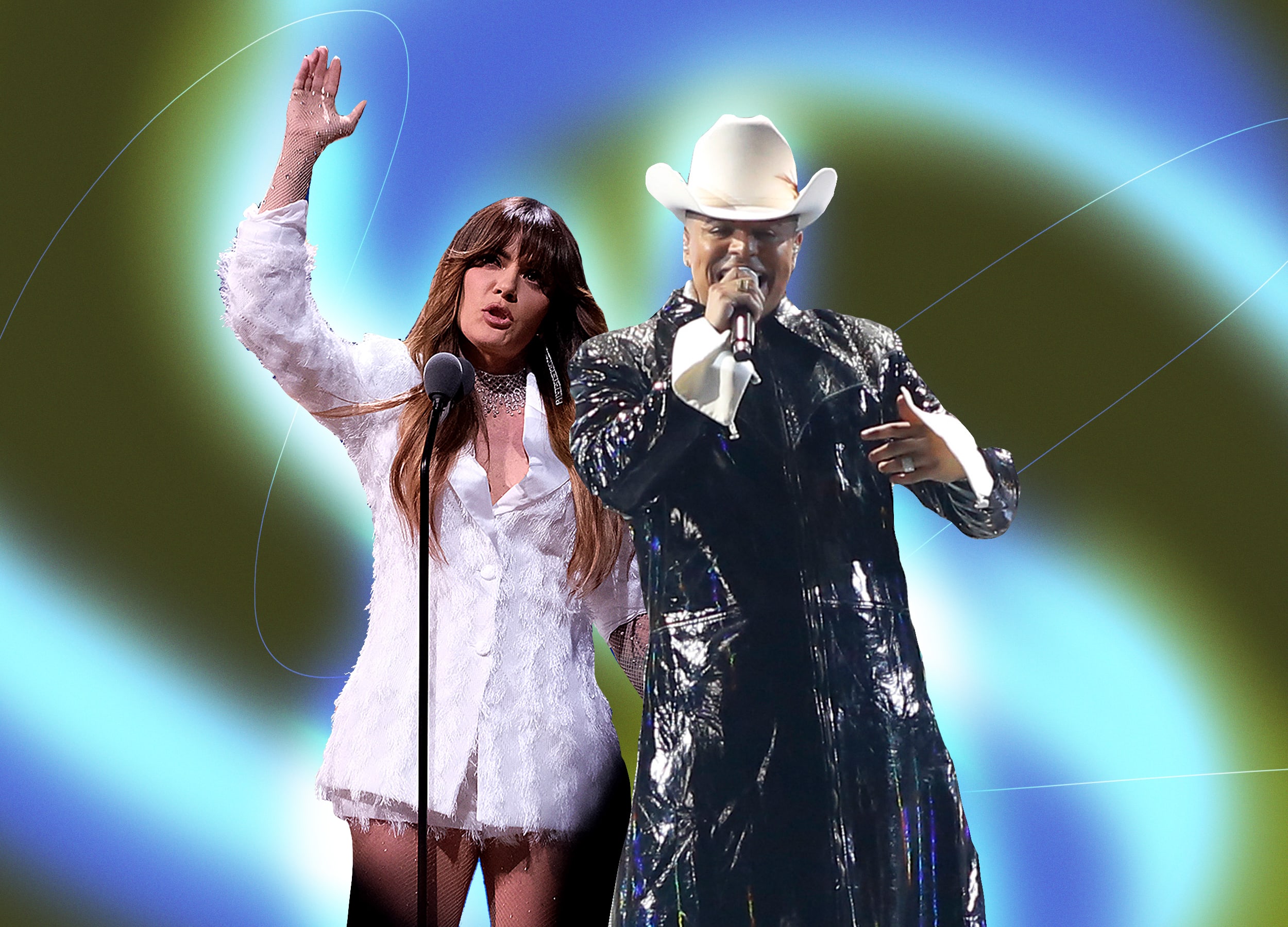 From Grupo Firme to El Alfa, Here’s the Best Performances at Premios Juventud 2022

As expected, the performances at this year’s 19th Premios Juventud were far from disappointing. The truth is, there was something for everyone to enjoy, whether it was the music itself or the powerful outfits and contagious dance moves. From our living rooms, we were transported to the streets of Puerto Rico to enjoy everything from romantic ballads, hype reggaeton, and nostalgic bachata tracks.

The award ceremony streamed from Puerto Rico for the very first time, and you could feel the excitement from the audience and performers. The lineup included all the top artists of the year, including: Danna Paola singing “A Un Beso,” Natti Natasha with Daddy Yankee, and a performance from Farruko, El Alfa, DJ Adoni, and Dominican artist La Perversa who premiered their collaboration “La Opinión Es Tuya.”

We were also able to see some of our favorite artists performing alongside one another, like Panamanian singer Boza performing “Ella Remix” with Lenny Tavárez and Juhn. Icons Wisin y Yandel had an exciting performance with Tavárez, Feid, and Tainy that made it difficult not to dance. Later on in the night, CNCO performed “Pluton” with Kenia OS moments after announcing the group would be disbanding after seven years. Great set, bittersweet moment for CNCOwners.

With all the 33 performances (yes, 33) we saw last night at Premios Juventud, here are the ones we just can’t stop thinking about.

The two groups took the stage to honor Rivera by performing her most beloved tracks, “No Llega el Olvido,” “Ya Lo Sé,” “Basta Ya,” and “Inolvidable.” After the performance, the Jenni Rivera Love Foundation was honored with an Agent of Change Award for its work in aiding women and children who have been victims of abuse and domestic violence. Rivera’s children received the award on behalf of the foundation. A truly well-deserved honor for the late Diva de la Banda.

“I hope I don’t cry, but I know my mom enjoyed this moment. She’s here with us tonight. I can feel it,” Jacqui Rivera said in her acceptance speech.

Accompanied by a mariachi band, Aguilar performed “Se Disfrazó” and “Piel Canela.” Her intimate performance reminded us all why she is one of the hottest new artists at the moment. Her sweet voice carried us through one ballad into another with the delicacy that Aguilar is becoming known for. As if we needed any more convincing, this performance further solidified her place in the music industry. The singer took home two Premios for Female Artist — On the Rise and Best Regional Mexican Album.

Kany Garcia Getting Her Flowers

Kany García received the Agent of Change award for her relentless defense of women and activism in the fight for equality. She was honored by three other female artists, Cazzu, Goyo, and Ángela Aguilar, who sang a medley of her biggest hits, including “Agüita e Coco,” “DPM (De Pxta Madre),” “Hoy Ya Me Voy,” and “Para Siempre.” García joined the trio toward the end for a unique collaboration.

El Alfa performed some of his biggest his at Premios Juventud, including “Gogo Dance,” “La Mamá De La Mamá,” and “La Romana.” Unsurprisingly, he had fans up on their feet throughout his entire set, and his energy was intoxicating. With that alone, it’s no question why he won the Male Artist – On the Rise award. Ariana Grande's Friends Surprised Her With a Mariachi Version of "Thank U, Next"