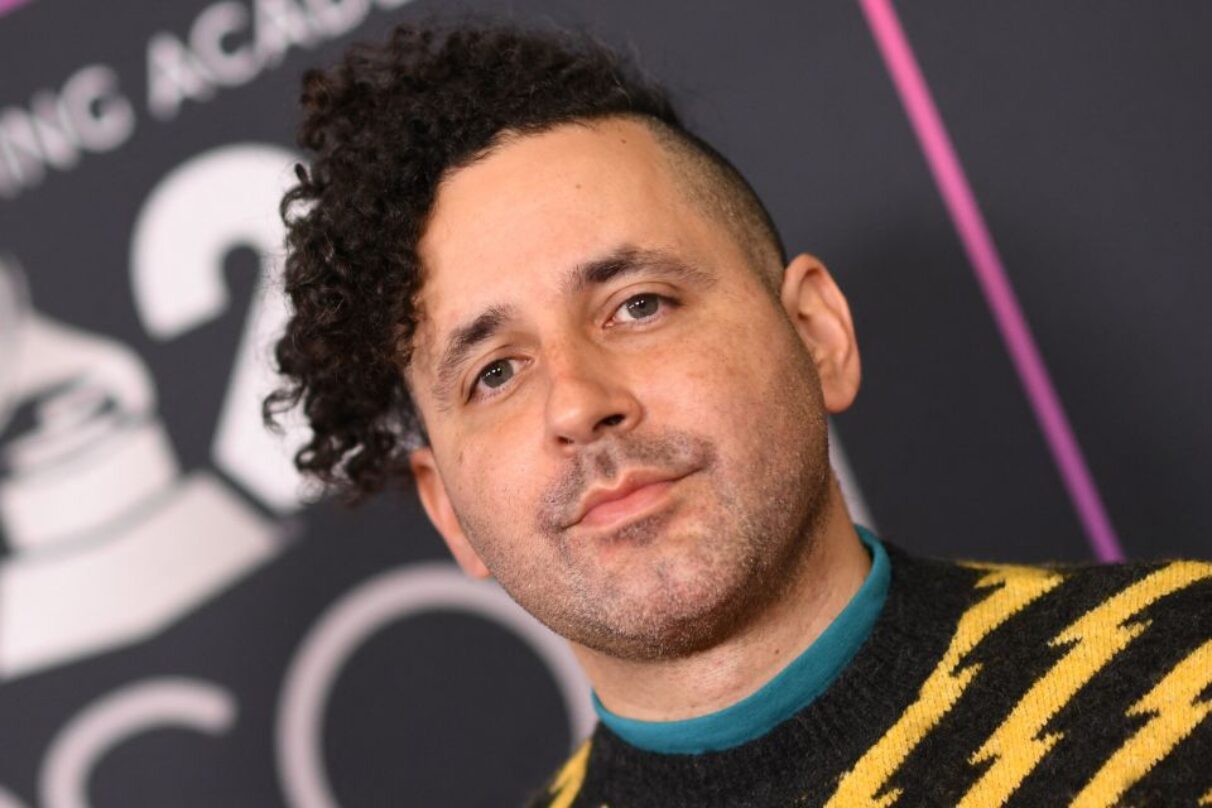 The Latin Grammy Awards are almost here, and with that comes the opportunity to fan the flames of Latin music and some of its best artists. This year, Remezcla Studios is back in Las Vegas. The event, launched in late 2017, is a creative music studio, writer’s camp, and artist getaway where emerging and established Latine musicians could collaborate on new music. This time, we are bringing three core talents to team up with a few artists and create short tracks for $1. Yes, that’s right; these producers will give you a certified banger for less than a bottle of soda.

Ahead of the awards — on November 15 & 16 — Remezcla will open the doors to our studios to any artist willing to pay $1 to come up with a one-minute song. There, they’ll be able to select a beat, work on lyrics and melodies for 15 minutes in collaboration with the in-house team, then put everything on tape. Artists can walk out of the experience with a video clip and a cassette of the finished song. Ultimately, all the recorded songs will be compiled into a concept album in collaboration with Eduardo Cabra’s La Casa Del Sombrero and Funny Little Kid.

We caught up with the three persons heading Remezcla Studios — Cabra, Rafa Pabón, and Raúl Sotomayor — to know what we can expect from the experience. The team that has been preparing for two weeks now says, “It’s been weeks of musical discoveries,” as Sotomayor puts it. He adds, “We had to make a lot of new tracks very fast. We have almost 30 files on our hard drives. Our objective was to have everything prepared to have a full album by the end of the sessions, but we have enough material for three. It’s crazy!”

With this experience, they’ve already seen the efficiency of this idea. “The idea came from trying to make sense of how the music industry is expected to operate right now, at least the part that connects with entertainment,” adds Cabra. “We try to work fast to reflect how the industry is expected to move, and we did it with a punk attitude; we didn’t think too much about it. It’s crazy that this was still an idea two weeks ago, and now it’s a reality.”

Aka, Visitante, Cabra is known for his production work with Rita Indiana, Jorge Dexler, Monsieur Periné, and many others. In his career, he’s earned a record-breaking 28 Grammy Awards for his work behind the board and his projects Calle 13, Trending Tropics, and others. Cabra is known for his visionary sounds and for taking projects to unexplored places with inclusion and innovation at the top of his mind. As a host of Remezcla Studios, Cabra is an ideal match for this project. “Instinct plays a huge part in this,” says Cabra about the song creation process. “Making music as fast as we’re trying makes you walk roads you’ve already walked. I was recording songs within an hour, watching the clock, and putting pressure on myself to get it done.”

As project leader, Cabra has insight into how teamwork will play out. “Everyone has a different work method, and they have been defined by trial and error, but there’s no right or wrong way. We’re making something and learning. It also involved trust; Rafa would tell me that he didn’t know if he could come up with 20 songs in two days, and I told him, ‘Motherf—ker! You’ll be eating a mozzarella stick while I’m working on a beat, and you can come up with a melodic line off the top of your head, and it’ll be solid! You are the right person to come up with 20 songs in two days.’ The idea gained a lot of power, and that’s all thanks to the team.

As a songwriter and producer, Puerto Rico’s Rafa Pabón is fast becoming a force to be reckoned with. For starters, he had a hand in writing Rauw Alejandro’s hit “Todo De Ti,” and his credits have appeared on songs by Jhayco, Ricky Martin, and Lola Índigo, among many others. His solo career is also booming, as heard on his recently released album Dial Up. As a songwriter, you can say he has his finger on the pulse of what can become a hit. “I’ve never challenged myself as I did in this project,” says Pabön. He worked with Sotomayor for two days, coming up with three songs in the first hour after meeting for the first time. In the end, it was around eight hours of work that yielded 20 pieces in different genres from the songwriter.

With little time to prepare, Pabön thought of going as hard as he could until there were no more ideas left; however, he was up to the task. “Everything flowed nicely, very organically,” he says. “I feel very satisfied with my work. I gave it my whole heart.” About his expectations for what will go down at Remezcla Studios, he says he’s eager to hear what will come out of the sessions. “It’s going to be interesting to hear the results, share the songs with the artists, and watch their process. Our part of the job is done, and there’s nothing left but to enjoy the rest.”

Known for his work as one half of the Mexican band Sotomayor, Raúl has crafted music that’s danceable, layered, and melodic, and he has been the one in charge of making all the sounds pop. In 2020, Sotomayor released their album Origenes which was produced by Cabra, something that started a close series of collaborations that blossomed during lockdown, enabling Raúl to pursue his passion for production. Working in Remezcla House has already been very rewarding for the producer. “It made me realize that I can make an album from scratch in a single day,” he says. “It takes a bit more time to refine but the concept can be done fast. The first day I worked on this project I made seven songs and I thought all of them were good.”

“Eduardo is always trying to build a family with every production,” says Sotomayor about working closely with Cabra. “He can identify each person’s talent and make them feel at home and make a team out of them. Beyond our jobs, we’re normal human beings who have things in common which make working with each other super easy.” About what the project means to Sotomayor, he says. “My favorite part about music is the creative process. I love the challenge that this project represents. I think that when you stop putting personal challenges then your output loses quality. Doing something different like this keeps you motivated.” 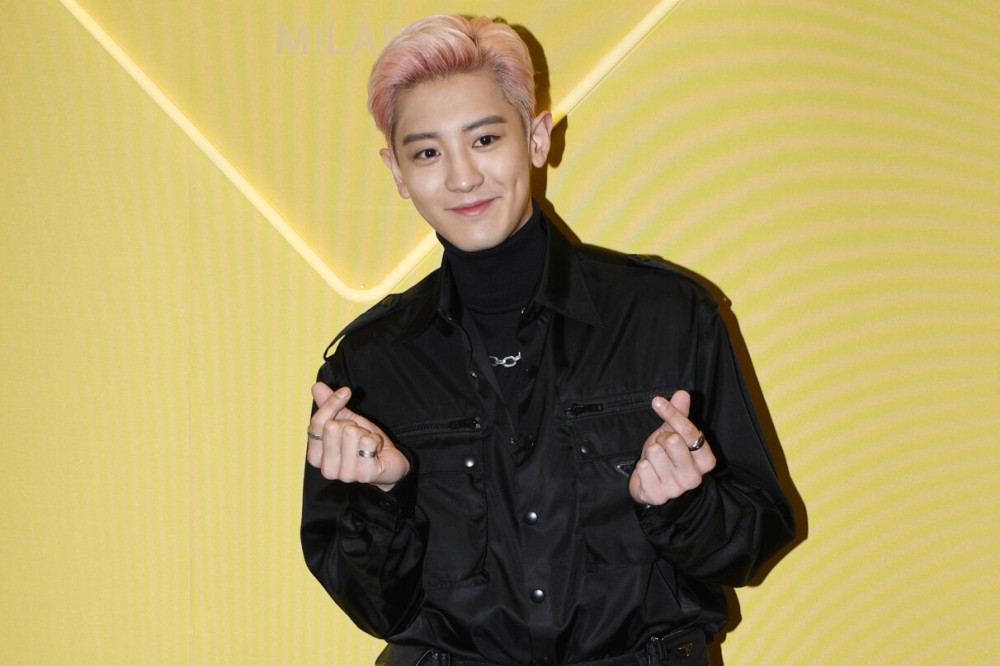 Is EXO’s Chanyeol Collaborating with Anitta? Fans Are Freaking Out 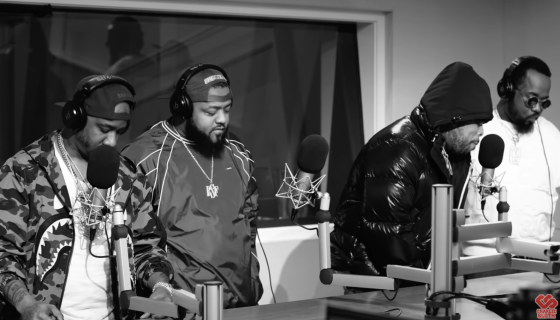 Griselda’s “Fire in the Booth, Pt. 1” Freestyle Is The Greatest Thing On Youtube Right Now