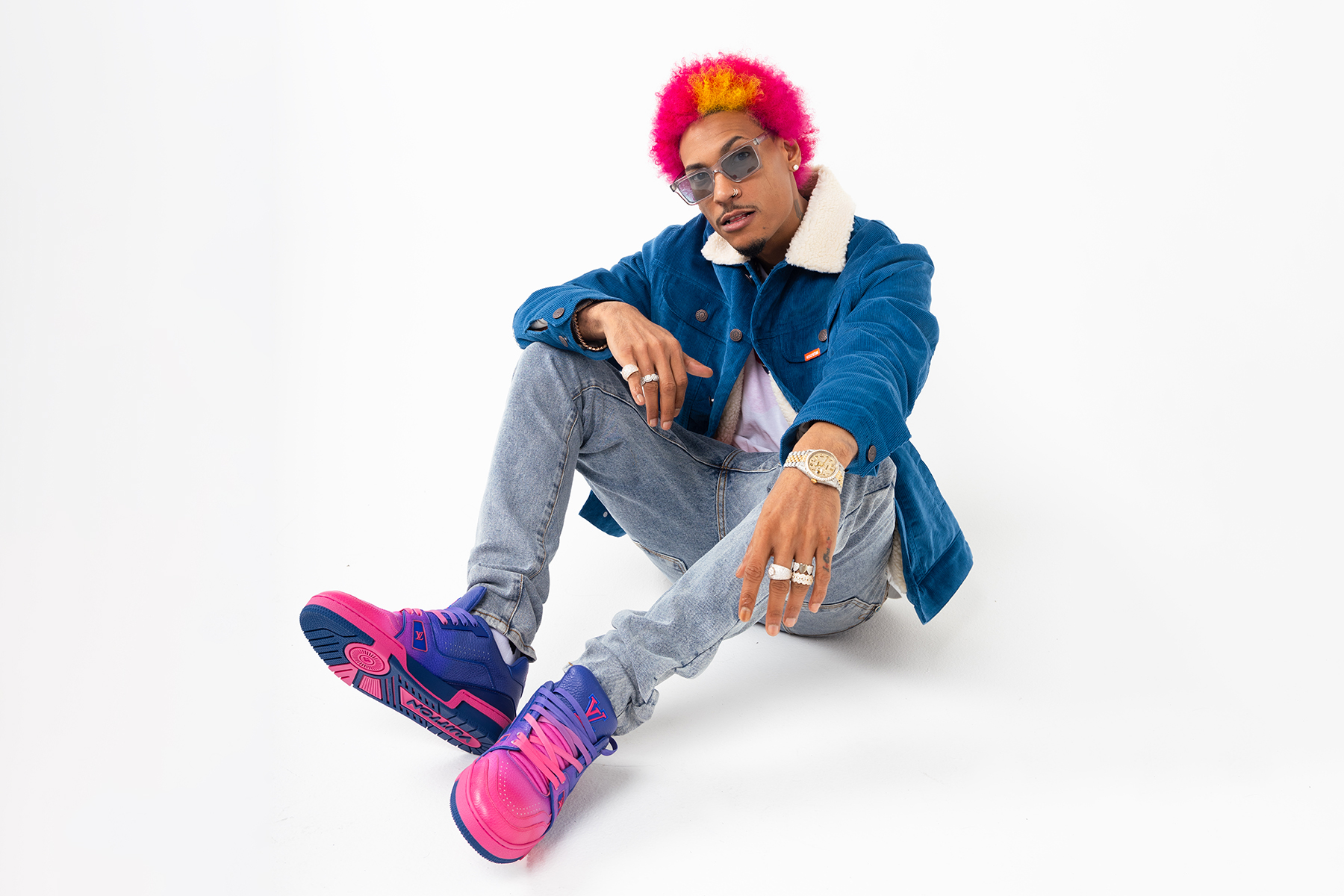 Kiko El Crazy broke out in the Dominican Republic with some of the dembow’s scene most off-the-wall songs — spry and agile, like they were moving in fast-forward, punctuated with a signature shake of his neon-pink hair. However, when he started looking for a track to open up his debut album Llego El Domi, the first thing he did was call in an acoustic guitar player. “I said to him, ‘Can you play me something like Juan Luis Guerra?’ And he was like, ‘What?’” he tells Nuevo Culture during a recent Zoom call from Miami, referring to the Dominican singer-songwriter behind some of the most romantic bachata and merengue classics. “And I went, ‘Juan Luis Guerra. I want that sound.’”

The guitar player began plucking out a melody that was sunny and upbeat, and Kiko pointed straight at him. “That,” he told him. “I want that.”

That melody blossomed into something completely different over months and months of production work. “It wasn’t like some dembow songs I’ve done where it might come together in 45 minutes,” Kiko explains. “This one was really profound for me.” He’d revisit the track almost daily, going back to tinker and refine tiny details. The process was involved, but once he was finished, he had a bright declaration of Dominican pride called “Soy Domi” — exactly the right introduction to the album.

From there, Llego El Domi shoots off into multiple directions. “Nube Negra” features Farruko and brings the EDM-guarachero popularized on “Pepas” back to the Dominican Republic, where songs like Axel Rulay’s “Si Es Trucho Es Trucho” helped kick off the sonic trend. “Que Te Vaya Bien,” with the reggaeton duo Zion Y Lennox, riffs on a bossa nova melody, while “Latina” with will.i.am plays with electro-pop. In between, the album is stacked with high-voltage dembow alongside veterans like El Alfa and rising artists like Braulio Fogon. The project reads like a manifesto that highlights just how much Kiko wants to open his sound up — and how he sees the pop possibilities within dembow.

It’s clear that he’s onto something: Last year, J Balvin and Rosalia each released hits with the unapologetically sex-positive dembow star Tokischa, while reggaeton veterans like Farruko have frequently tapped El Alfa, who became the first dembow star to headline Madison Square Garden this past October. It’s those artists in the Dominican Republic who have done the work, building their own scenes while bringing the historically marginalized genre to global levels. “This is something that’s never going to stop, because it’s in pop culture now,” Kiko says. “Llego El Domi is adding a little seed to help the music keep growing.”

Within dembow, Kiko has been a boundless, shapeshifting figure, unafraid to dabble in as many styles as possible. He says he didn’t grow up in a particularly musical family — “I don’t have a single person in music in my family. There was never a lot of radio or anything like that,” he explains — but he was always attracted to the idea of making songs. His earlier work, particularly as part of the rap collective El Army, let him explore softer, R&B-driven styles, something the dexterity of Llego El Domi hints toward.

The deeper he went into his career, the more he studied icons beloved for their versatility and electric personas — chief among them, Prince, whose androgynous, flamboyant fashion sense influenced Kiko’s instantly recognizable look. In addition to his cotton-candy-colored hair, he’s known for outfits that play with gender norms and expectation. “It would be so boring to have to dress like everyone else,” he says. “It would be like wearing a school uniform everyday. So I put on my skirts, my blouses, my crop tops, whatever. My pink hair. I paint my nails.”

That tendency to push boundaries and try new things explains some of the creative turns on Llego El Domi, too. He wanted to be sure to showcase new artists, such as Nicole Franco and Kaly Ocho, alongside other names like Arcangel and Randy Ortiz, who appears twice on the record. “I wanted new energy, different styles,” he says. “There are people like Nicole Franco, who is a young artist from New York who I’ve been watching, and I said, ‘OK. These are people who can bring a new color and a new vibe to the album.’”

When Llego El Domi drops on March 10 at 8 p.m., Kiko says he’ll be flying from New York to Miami, where he’s been living and working. He’s already planning to toast to a culmination of his hard work, even if he’s in the air. “I’ll have a drink,” he promises. “I’ll celebrate from wherever I am.” 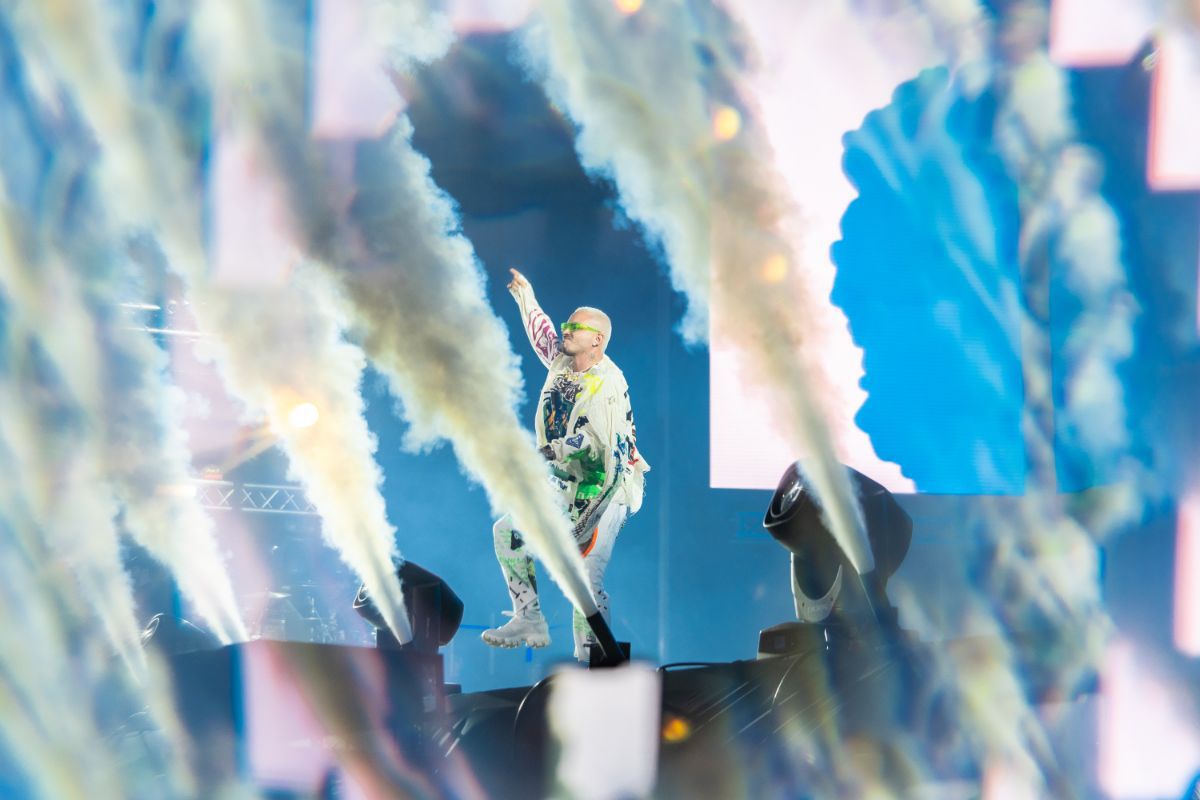 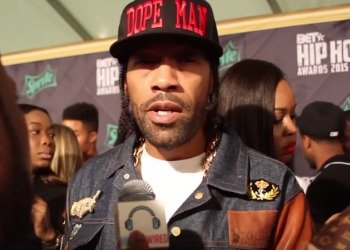