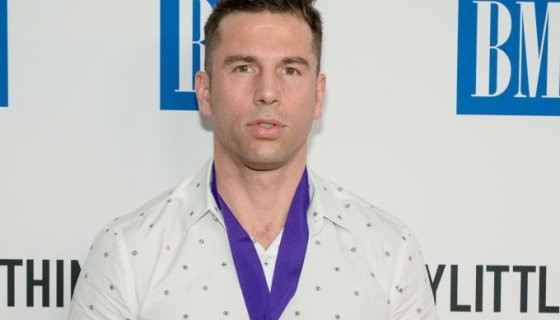 Hip-hop producer may have thought he was kicking knowledge with his stance on the murder of , but after tweeting his problematic view many fans called out the white producer for speaking on the issue after he seemingly blamed .

On Thursday (Jul 30), JW Lucas took to Twitter in a since-deleted tweet to call out those petitioning for the police officers who killed Taylor to brought to justice. He alleged her death was a result of the “lifestyle that she chose to participate in,” before adding in the initial response to the shooting before admitting that they entered the wrong house.

“Why is the world asking for justice for #BreonnaTaylor…ofcourse she shouldn’t have lost her life…. but do you realize that she was involved with multiple drug dealers who were using her house as a trap spot? If you sign up for that life there are consequences,” Lucas wrote. “It is terrible Breonna lost her life, and as I said earlier I believe the cops may have mishandled the raid and been to aggressive after being fired on. With that being said what is the punishment the world Is calling for. Those men were on the job and have families as well.”

Igniting a complete firestorm, Black Twitter took time to call out the blue-eyed producer for his incentive and privileged comments, before noting that his comfortability of speaking on issues that frankly isn’t his concern is a result of Black folks always inviting folks to the proverbial cookout.

JW Lucas is another example of why Black folks & Hip Hop in general need to stop allowing outsiders to feel like they got the right to comment on any damn thing involving the culture. You were a guest & now you’re excused. #JusticeForBreonnaTaylor pic.twitter.com/sItmedhkhG

As if his tweets weren’t problematic enough, Lucas then took to Instagram and appeared on live with activist Tamika Mallory where the two had a heated exchange which resulted in Lucas having the audacity to state that he was “more qualified to lead the Black Lives Matter movement” than Mallory before adding that he felt she was participating in the movement for “political gain.”

I just watched the interaction between JW Lucas and Activist @TamikaDMallory.
This white man really said ‘I should be a leader in the Black Lives Matter movement because I’m more capable than you’
He’s the definition of white entitlement, white defensiveness, and white ignorance.

Mallory fired back with her own 20-minute live sans Lucas titled, “You don’t get to profit from the culture and be dismissive and ignorant to our plight!”, where she called the producer “extremely dangerous”, before calling on any artists, especially Black ones, to stop associating with him.

“He should not be allowed to continue to work with anybody who claims to love Black people,” Mallory said. “You will not get away with disrespecting Breonna Taylor. If we find out that he’s still working with people who are in our communities — Black people, Black artists — then we gotta say, ‘Are we gonna continue to purchase those people’s brand?’ They become an enemy of ours.”

After being dragged for his ridiculous statement, Lucas tried to double down on his initial stance now calling for justice in regards to the murder of the 26-year old Louisville EMT after reportedly speaking to Taylor’s sister and gaining “more information” about the case.

“I just had a conversation with breonnas sister. She informed me of the actual nature of the case and cleared up some things for me,” Lucas wrote. “I want to apologize to her and her family if my comment regarding her case had any potential inaccuracies. #love“

I just had a conversation with breonnas sister. She informed me of the actual nature of the case and cleared up some things for me. I want to apologize to her and her family if my comment regarding her case had any potential inaccuracies. #love pic.twitter.com/g2S2YUTKuq

JW Lucas also apologized to fans before deciding to delete the tweet altogether.

“I am deleting my original tweet because of the potential inaccuracy that her house was being used to receive drugs packs in the mail,” Lucas wrote. “If there was any corruption in the case the punishment should be the maximum allowed under law.”

I am deleting my original tweet because of the potential inaccuracy that her house was being used to receive drugs packs in the mail. If there was any corruption in the case the punishment should be the maximum allowed under law

Still, Twitter showed to love to the habitually problematic producer who has had a history of saying borderline racist comments during interviews and even took it a step further calling out Black artists who refuse to speak out about his behavior to face a boycott.

Not even surprised you said this when this was also said by you pic.twitter.com/usaLF7uTic

If you’re an artist, especially a black one that worked with JW Lucas, and you’re not publicly dragging JW Lucas after that damn video he just did with Tamika Mallory then you don’t need our money either. Especially you male black artist that were LOLing last week at Meg memes.

, Breonna Taylor was killed on March 13 when officers entered her home in search of illegal drugs. The cops claimed that they knocked on the door to announce themselves and they started shooting after they were “immediately met by gunfire” from Taylor’s boyfriend, Kenneth Walker. However, Taylor’s family said in a lawsuit that the cops did not identify themselves and that Walker — a licensed gun owner — believed someone was trying to break in.

Following her death, , which allowed police officers to enter a home without first announcing their presence. , over three months since Taylor was killed. The other officers involved were placed on administrative leave, none of the officers involved have been charged with her murder.

JW Lucas actually amazes me how can you be in such a predominantly black industry and still find any way you can to justify the killing or defend the killers of an unarmed SLEEPING black woman?

Regarding JW Lucas. I am calling Republic Records / Universal to remove my song “Bungee Jump” from all platforms.

I don’t want any associations to anyone who can’t empathize with what’s going on in the black community yet profits from it.

Yes it is terrible. I'm glad you feel that way. My friends have jobs too. We'd like to set up a meeting. Just drop your location real quick. pic.twitter.com/UzL3k4Yn2W

And where are the artist that jwlucas works with? Why isn’t DaBaby, Lil Uzi Vert, K Camp, and all the others! Are y’all gonna stand by him?!

@702jwlucas You sir, are the epitome of everything that is systemically wrong in this country! You are blissfully & willfully ignorant, but to disrespect @TamikaDMallory is crossing the line! I say this as disrespectfully as possible, FUCK YOU!!! #JWLucas #JusticeForBreonnaTaylor

JW Lucas proves that we gotta stop letting token white men feel like they have a voice when it comes to black issues! This mutha fucka lost his ENTIRE mind!

I know anybody black and anybody that stand with us better not work with @702jwlucas JW Lucas AGAIN!!!! He ova wit!!!!!

This might be my fiftyleventh tweet about #JWLucas. He needs to be cancelled. These are the very same people that get offended when WE kneel during the anthem. ALL COONS need to be ostracized for continuing to work with him after what he said about our sister #BreonnaTaylor https://t.co/541RUsDwWs

Ok so jw lucas disrespected a black woman who has been laying her life on the line for us in @TamikaDMallory . if any black artist works with him after this than maybe black men really arent protecting them like we think.

This is the height of white privilege and arrogance. First Bill Clinton then JW Lucas. They really showing they asses tonight. https://t.co/7EgZwRpOqx

I’d never heard about JW Lucas until today, when he, a white man, fixed his mouth to say he was more capable of leading the Black Lives Matter movement than Tamika Mallory, a Black woman. A verbatim “I’m more capable than you.” So, I’m going back to not ever hearing about him.

COAL CHAMBER Guitarist On His Bandmates: 'We're All Older Now, So We No Longer Have Issues With Each Other'