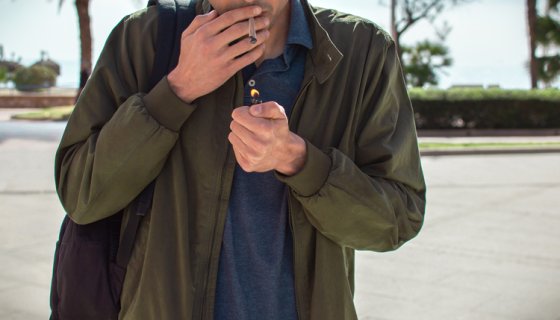 is a day for marijuana enthusiasts to their love of the sticky green leaf, typically done outdoors in large gatherings or home-hosted parties. With the COVID-19 situation ravaging many parts of the nation, smokers are taking to Twitter and sharing stoner-approved memes and jokes to commemorate the occasion.

Along with the musical releases and Instagram Live sessions to take place today by a bevy of pot-friendly artists, this year’s celebration of the annual haze-filled event has taken a new term under our new global reality due to the coronavirus pandemic. With technology and invention in tow, many Twitter users are sharing memes and jokes in the name of marijuana fellowship.

A favored origin of 4/20 Day dates back to 1971 when five high school students in San Rafael, Calif. known as “The Waldos,” who would hang out after to school at 4:20PM where they hatched a plan to find some mythical cannabis crop that was abandoned according to some versions of their tale. The numbers 420 since then evolved into a universal term in cannabis-using circles. There have been rumors that 420 was code for marijuana in police radio signals although that has long been debunked.

In other related news, Dr. Dre’s classic debut album The Chronic is now available on all streaming platforms and stands as one of the greatest odes to weed in Hip-Hop history. For now, take in some of our favorite 4/20 reactions from Twitter and if you’re out there lighting up, do so responsibly and keep indoors as much as possible.

I hope this girl is having a blessed #420day pic.twitter.com/0Ehei97umc

Happy #420day everyone! Hope you all get the chance to #420blazeit in quarantine today.

Live picture of area boys celebrating #420day in a building around my area pic.twitter.com/gB4mDWPS5x

That time Regular Show barely advertised an upcoming new episode because they knew full well it was gonna have a straight up drug trip in it.#420day pic.twitter.com/7QvcYQARde

What are you doing after smoking this? #420day pic.twitter.com/bNCFJkiZea

The glorious return of 420 Bingo! Have fun. ? #hightimes #420day pic.twitter.com/DRFFamkGoz

In honour of #420day here’s a video of a guy fighting off 4 robbers with a bong #420blazeit pic.twitter.com/q1EwjeKqEr

happy 420. Since it’s a lung disease may i offer a virtual edible….. pic.twitter.com/uGpPbCa5g4