Bonnaroo Reveals EDM Lineup for "The Other" Stage 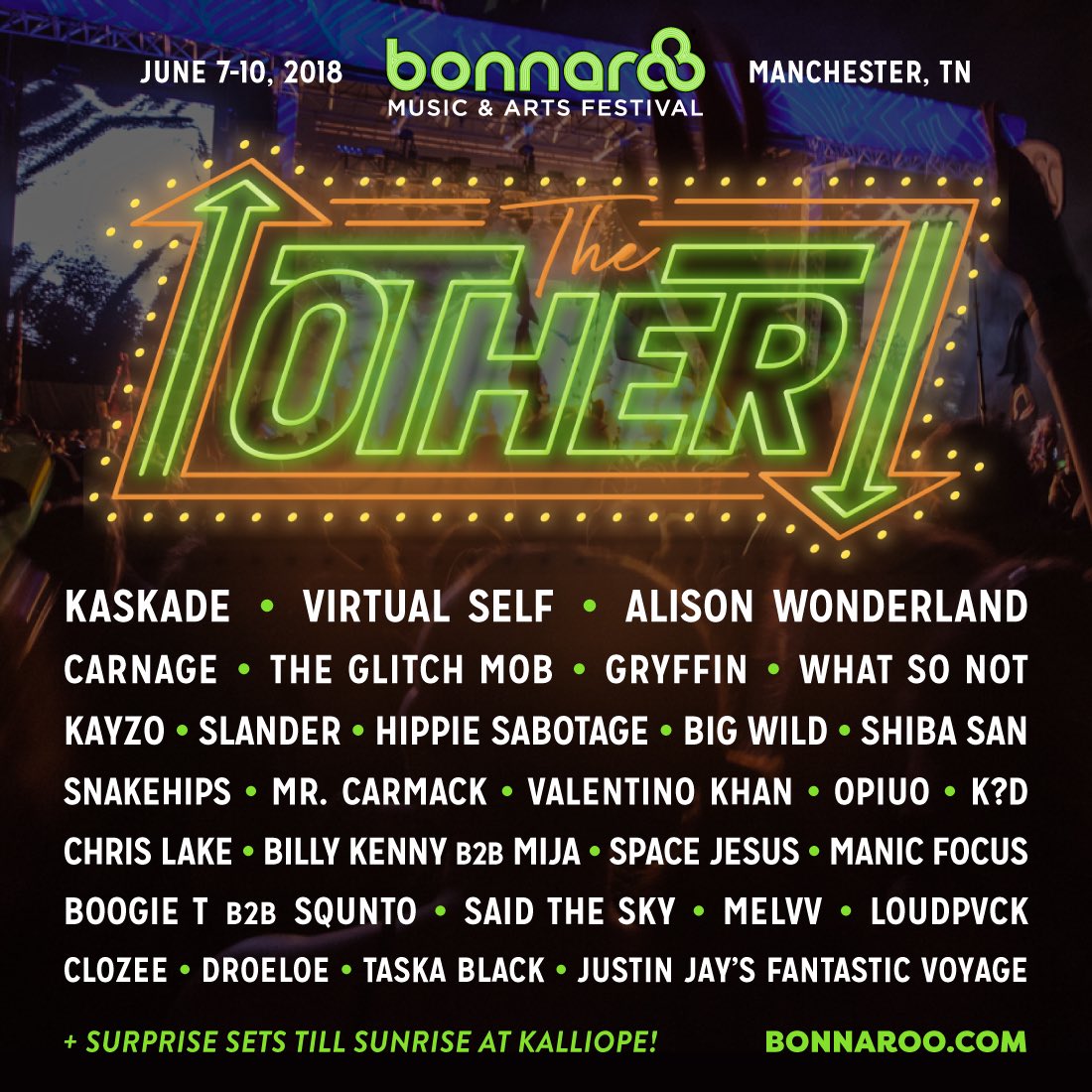 Bonnaroo Music and Arts Festival has released the lineup for The Other stage. Joining the eclectically named stages What Stage, Which Stage, This Tent and That Tent, The Other is a completely dance, electronic and hip-hop focused stage. According to the ‘Roo , at The Other you can expect to “experience mind-blowing visuals, earth-shattering bass, and the kind late night sets that you’ll remember for years to come.”

Deciphering the stacked EDM lineup from the initial Bonnaroo , The Other features exactly the kind electronic dance party you want. Headlining are Kaskade, the Porter Robinson passion project Virtual Self and Alison Wonderland. Kaskade has been very active this year kicking f 2018 on , a party that was unfortunately missed by . No worries for Alison though, she is still strong this year releasing her new song ‘‘ and revealing the album art for new upcoming album . Virtual Self is hitting all the major festivals this year form Buku and Ultra to EDC, ‘Roo and Spring Awakening.

Rounding out the well known names are the controversial DJ Carnage, glitch/electronica group The Glitch Mob, superstar Gryffin, and the old second half to the beginning Flume, experimental producer What So Not. Hopefully the day-to-day lineups will be released soon for festival-goers, it would be a tragedy if there were any overlap on this outstanding lineup.

The rest the lineup is very strong, from Valentino Khan and k?d to Said the Sky, and two B2B sets, Billy Kenny & Mija and Boogie T & Squinto. Future bass artist Droeloe will make good use the subwoers, as will Slander and Kayzo. The poster also states surprise sets will play until sunrise at Kalliope. TESTAMENT Frontman: 'It's Time To Buckle Down And Try To Get Some Music Written'