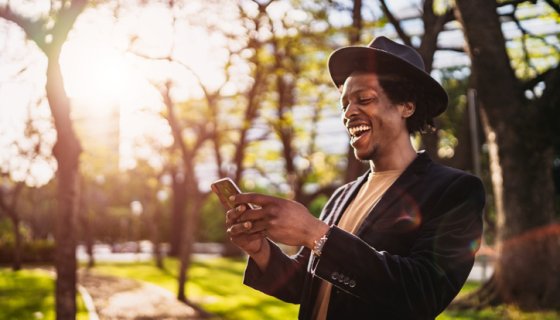 is always a welcome time to learn about our great historical figures, but one bank is getting a somewhat harsh lesson on the proper use of the imagery of our ancestors. Black-owned OneUnited Bank has debuted a card that features the great in a pose that should be familiar to many,  but some folks on Twitter have noted that the use of the Underground Railroad conductor’s image in this fashion is the opposite of Black excellence.

According to the bank’s website, the limited-edition Harriet Tubman debit Visa card is part of the company’s intention to celebrate Black History Month. OneUnited commissioned Miami, Fla. artist Addonis Parker to deliver a painting of Tubman doing the Wakanda salute from Black Panther for the card’s front image.

OneUnited writes of the card, “Harriet Tubman not only escaped slavery, she made nineteen missions to bring 300 others, including family and friends, to freedom. She also served as an armed scout for the Union Army and was an activist in the struggle for women’s voting rights. Given her profound impact on American history, she deserves to be placed on the $20 bill.”

The site goes on to note that the card is part of a larger Black History Month initiative and to promote two related campaigns in #BankBlack and #BuyBlack along with a “Right To Vote” programming schedule lined up.

Via Twitter, OneUnited, which is located in Miami, Los Angeles, and Boston, endured some harsh criticism from folks who believe that the idea of Tubman’s image being used wasn’t exactly the best choice.

We’ve included some of those replies below.

Harriet Tubman is the ultimate symbol of fearless organizing and rebellion against a sadistic capitalist enterprise (slavery). Put Oprah on yall visa card and go ? https://t.co/QVQShNnEic

When I pull out my Harriet Tubman Wakanda Visa Card at Cracker Barrel pic.twitter.com/iqOCvbSrz7

Ive always said that if there's anything on this Earth that I've always wanted on my debit card it woul be Harriet Tubman throwing up "Wakanda Forever" https://t.co/hVwNi49qPq

I'm still struggling to get to grips with the fact that OneUnited Bank actually made Harriet Tubman, someone who would have absolutely hated being used for political capital by them, do the "Wakanda Forever" pose on a debit card. Fuck me this is insane. pic.twitter.com/UDrc0XiGr8

Cashier: I’m sorry sir your card has been declined

Me: you sure about that? *shows Harriet Tubman 400 years of black oppression debit card*

I know yall don’t got Harriet Tubman on this bank card doing the Wakanda salute. https://t.co/Zvq7eFiLkT

I want whoever designed the Harriet Tubman debit card beat up on the Apollo Stage for Black History Month pic.twitter.com/9fetazJyU2

I’m getting this card and all of my future transactions will go down like this:

“And how will you be paying for this, ma’am?”

“It depends. Wakanda payment methods do you accept?”

If They Don’t Get This Bullshit Outta Here The Harriet Tubman debit card exists but the 'Wakanda forever' vibes are unintentional https://t.co/rWulNxnHKm

it's amazing how differently the idea of harriet tubman on u.s. legal tender feels than putting her face on a debit card. https://t.co/y7Y5wtmsPX

DO YOU THINK HARRIET TUBMAN WAS WALKING AROUND SALUTING WAKANDA WHILE SHE WAS TAKING SLAVES???? TO FREEDOM? https://t.co/1yhWavQy0m

They have Harriet Tubman doing the Wakanda salute on a debit card…..this low level pandering to Blacks sadly is all the acceptance a major segment of out community needs to feel "welcomed" by America…. https://t.co/l4DBsocq1I