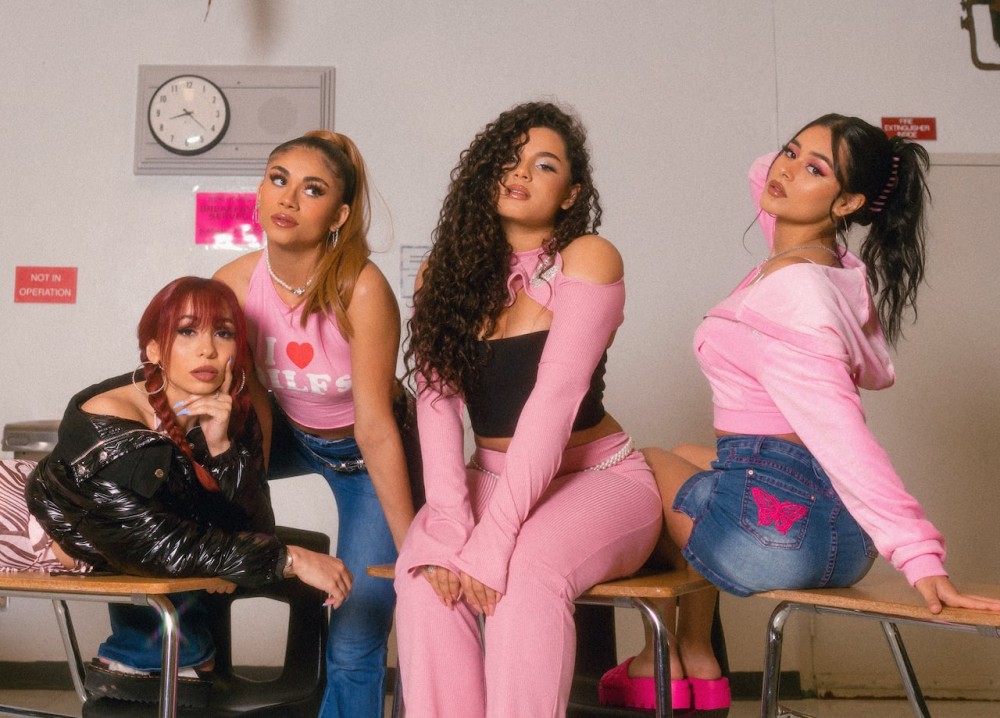 Bella Dose is ready to take a bite out of the big time. The self-proclaimed world’s first bilingual Latina girl group are premiering the cinematic music video for their single “Bite” on Remezcla today (April 28). The quartet takes cues from the classic camp movie Jennifer’s Body in their bloody video. In an exclusive interview, Bella Dose opens up about breaking new ground for girl groups, breaking through on TikTok, and what to expect next.

Bella Dose is comprised of members — Melany Rivera, Brianna Leah, Jenni Hernández, and Thais Rodriguez. After music executive Vicky Curiel set out across the country to create a new girl group, she found this quartet in Miami in 2017, and Bella Dose was born. The four young women have roots across the Latin American diaspora in Cuba, the Dominican Republic, Puerto Rico, Honduras, and Chile. The group was flown to Los Angeles for a training program where they learned more than just singing and dancing.

“We learned about guitar, drums, music theory, and piano,” Rivera recalls. “[Vicky] wanted us to be just very well-rounded artists, just be really in touch with the music. We all write our own music, all four of us, and we know how to engineer our own sessions.”

Bella Dose joined TikTok soon after, amassing 2.3 million followers. In addition to posting original music, they have posted choreography routines and covered songs by Adele, Mariah Carey, Billie Eilish, and other pop stars. In one of their recent posts, Bella Dose received a co-sign from Carmit Bachar, a member of the Pussycat Dolls. “We didn’t realize how TikTok was so huge,” Leah says. “It is such a wide audience of people that get to us, and it’s so cool because it’s such a great way of people connecting with us, and loving our personalities, and loving our videos and our singing videos.”

What sets Bella Dose apart in today’s Latine music scene is the group’s bilingual flow. The members seamlessly switch between English and Spanish in their songs like the sensual “Body Language” and the Latin trap-leaning “Muevelo.” Last year, the group’s career took off when they collaborated with Dominican-American singer DaniLeigh in the bachata-infused “Luna. “[DaniLeigh] is my sister, so it was really cool to have a song with my sister,” Leah says. “Before, she wasn’t in it, then she heard it was like, ‘I love this song! I want to be on this song!’ That was an awesome experience.”

About Bella Dose’s Spanglish flow, Rivera adds, “It’s important because that reflects where we come from. We grew up in Latin culture with our Latin families and Spanish is a part of culture. Spanish was our first language, so putting it in our music, we’re teaching our American fans some of the Spanish that we use in our songs. Even the fans that speak Spanish, they can relate to it. They resonate with it. It’s cool to share that with people.”

With their new single, “Bite,” the ladies continue to embrace their Spanglish flow. In addition to singing, they’re also rapping over a trap beat that explodes into a pop-punk moment. Each member takes turns flexing about how they’re bringing all the pretty boys to the yard. Bella Dose comes through with a fierce and empowering banger with plenty of bite. “[This song] is different from stuff that we have out,” Hernández says. “It’s something different that describes us. It’s an anthem. It has a lot of sass.”

“[Bite] is different from stuff that we have out. It’s something different that describes us. It’s an anthem. It has a lot of sass.”

To mark this new era in Bella Dose’s career, the group also filmed its most conceptual music video yet. Decked in cheerleader outfits, the members toss boys and girls around like ragdolls in a nod to Jennifer’s Body, which starred Megan Fox. “It was our first time actually having boys in our music video, so we were like, ‘Oh my God! What do we do? How to we interact?’” Leah says with a laugh. “They were good sports about everything.” “That was the most fun day!” Hernández adds about filming the music video. “You’re going to see us show a side of us where we’re acting like we’re in a TV show. The concept is different, and something that I think will be shocking to people too.”

Check out the exclusive premiere of “Bite” by Bella Dose below. Up close with the Polivoks synth reissue at Berlin's Superbooth 2018 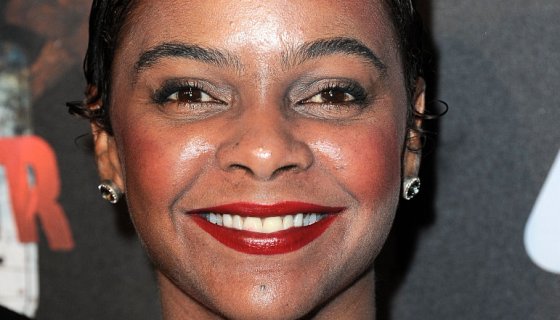