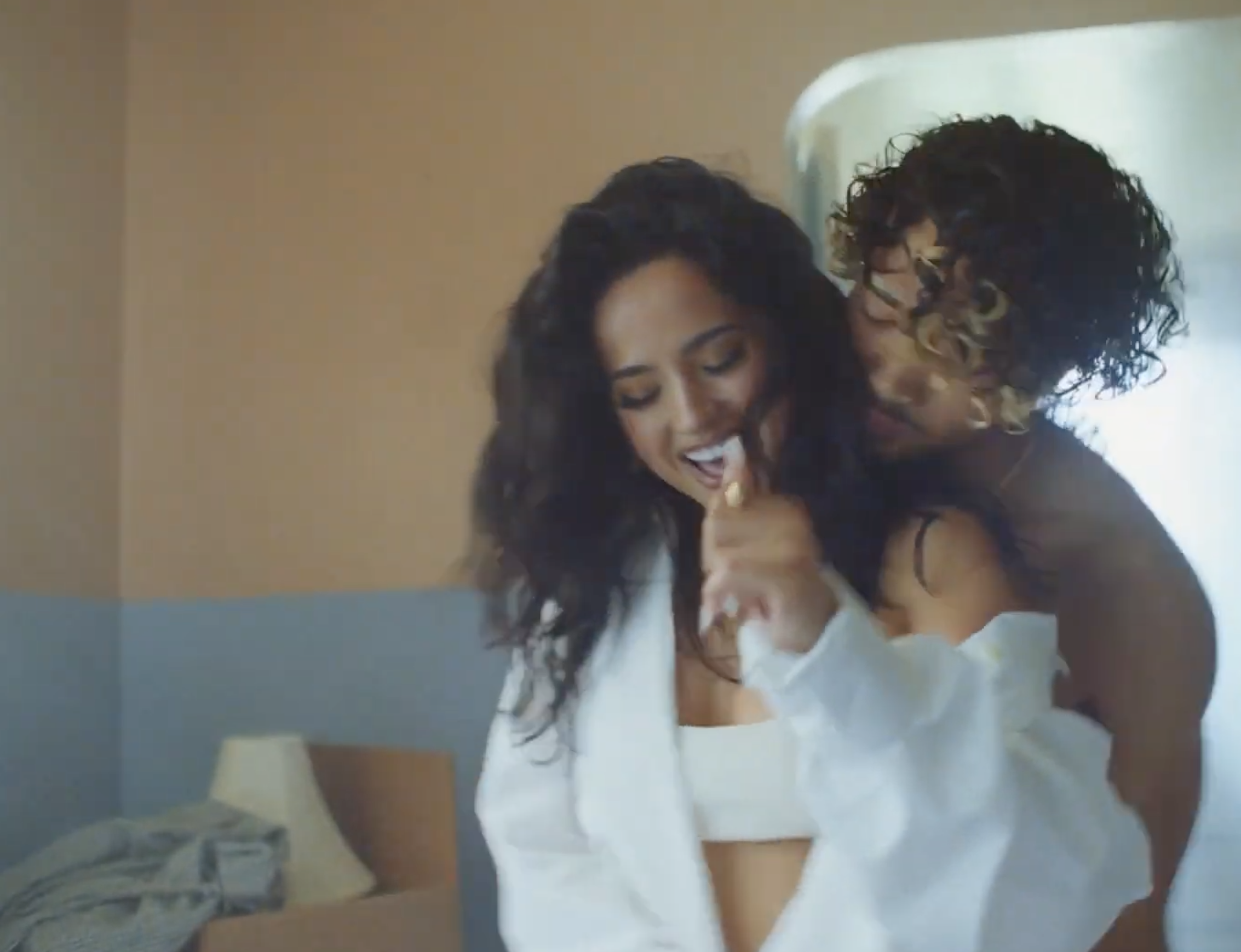 The Patrón will do that to ya. On Thursday, Becky G released the music video for “Bailé Con Mi Ex” — her sexy new single about, well, dancing with her ex. The video arrives as she drops her sophomore LP, Esquemas.

The Pedro Artola-directed video opens with Becky G reconnecting with a former love at a house party and dancing the entire night together.

After the long night of dancing, the two sneak away from the party and into a house where they share snuggles while taking a bath and have deep conversations. Becky G wakes up to see the ex is gone.

As the song concludes, the video transitions into Becky’s ex seeing the singer and her actual boyfriend holding hands and walking into a house together. (There are definitely feelings still there on her ex’s side.)

“Bailé Con Mi Ex” is one of the standouts on her LP Esquemas, which includes previously released singles “Ram Pam Pam” with Natti Natasha, “Mamiii” with Karol G, and “Fulanito” with El Alfa.

Becky G recently spoke to Nuevo Culture about her album and the process making it. “Every single song, from ‘Baile Con Mi Ex’ to ‘Dolores,’ is really intentional,” she said. “It was so intentional to step outside the box, especially for my Spanish-speaking fans who might not be used to hearing certain sonics from me. That’s one thing I think is so unique about my experience in the industry: I did start singing in English, then went to Spanish, then went to both. So it was like the reverse crossover, then the crossover.”