Bad Bunny was recently on The Daily Show with Trevor Noah, and he had plenty to share. The 9-minute interview dove deeper into Bad Bunny as a singer, actor, LGBTQ+ advocate, wrestler, and overall creator during the pandemic. His answers are exactly what you would expect from San Benito.

During the interview, Noah praised Bad Bunny for keeping his creativity going strong during the pandemic — a time in which many took time off to reset but he dropped not one but three albums: YHLQMDLG, Las que no iban a salir, and El Último Tour del Mundo. The Puerto Rican superstar credited his love to create music and, as such, couldn’t stop making it.

Continuing the topic of his music, Noah steered the interview to Bad Bunny’s success in becoming a mainstream artist with English-language fans. Mainly, Noah wanted to know Bad Bunny’s take on how he could win a Latin GRAMMY and a GRAMMY without having to change his music or style.

“People can feel me. I’m Latino; I’m Puerto Rican. Yo soy de Puerto Rico. People can feel that, you know? No matter…no importa de tu sea, lo vas sentirlo, como que, why do I have to change? Nadie le pide a una artista gringo que cambien,” Bad Bunny told Noah. “No one has told a gringo artist that you have to change. People love your music. This is who I am. This is my music. This is my culture. If you don’t like it, don’t listen to me. If you like it, you know.”

Bad Bunny and Noah talked about much more, including machismo, the secret to his success, among other topics. You can watch the rest of the interview in the video below: 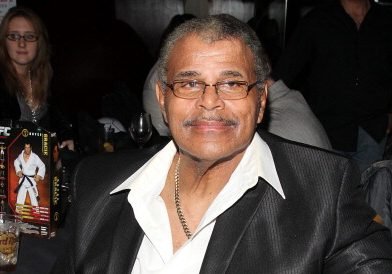