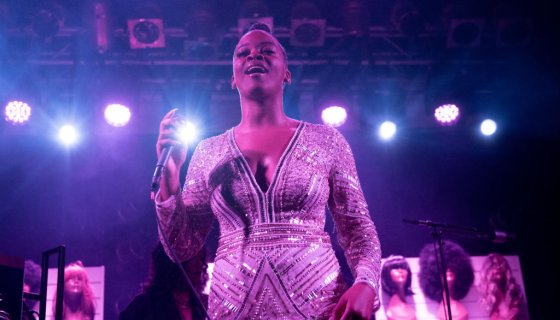 Ari Lennox Talks Lacking Individuality In Music: “I Have To Live A Lie Because People Are Judgemental”

has never been a stranger to expressing how she feels on social media, but it’s these habits that she states is stunting her career.

On Thursday (Apr 30), took to Instagram to share a since-deleted throwback picture of her younger self with a long introspective post about how she feels like she’s unable to be herself in the music industry.

“Man I wish I could start over,” Ari wrote on a photo of herself as a young girl. “Wish I never did an IG live. Wish I wasn’t so naive,” she added. “Honestly wish this was a world where you could be free and not judged. Where you could speak your mind and people understand context without tearing down people. Me opening up myself to the world has only damaged my career.”

The “Shea Butter Baby” singer goes on revealing her struggle of being in the spotlight and how has damaged her career, after saying she thought her personality would shield her .

“I literally can’t be a carefree woman,” Ari continued. “I have to live a lie because people are so judgmental and self-righteous.”

#AriLennox expressing herself & feels she can’t be a “carefree woman.” (SWIPE)

Despite Ari noting that she prefers that her public life is all about the music, responses from fans shared on social media suggest that the artist is really shining a greater light on the public ridicule she receives about her personal life more than her artistry. As a result, she’s drawn comparisons to rapper , who, though a greatly respected and successful artist, often battled with, , the notion of being disliked by some and not championed by all.

What are y’all thoughts? ?

Despite her feelings of stagnation, Ari Lennox’s “open book” style of celebrity is not only refreshing, but it also gives fans a sense of comradery because we can all relate; Ari has made a few changes though, removing all personal content from her page with only promotional posts remaining.