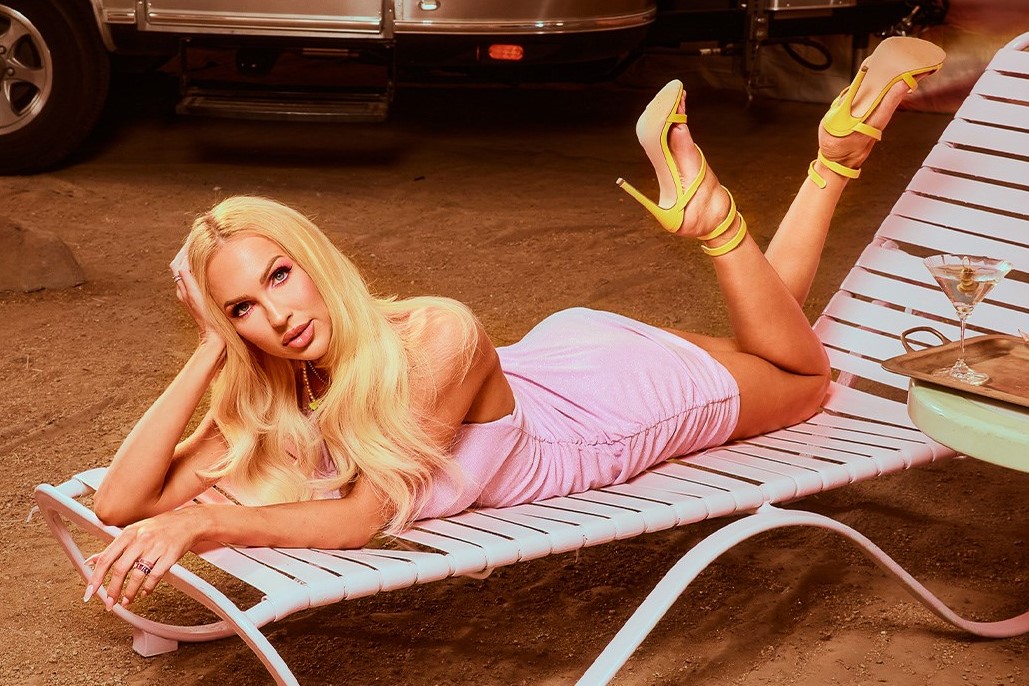 An audience with Christine Quinn, boss bitch and shoe designer

Christine Quinn is on the phone. She won’t turn on her camera because she says she looks like shit. Of course, I’m absolutely gutted about this: I was hoping for a black glitter backdropped 20,000 square foot Zoom studio, baby hanging off her left side while a “bag” in the shape of a “chair” hangs off her right. We’re here to discuss her latest rite of passage into the true Los Angeles hall of fame: her shoe collaboration.

We have 20 minutes. That’s all the time a girlboss ever has, before she has to dash off and girlboss elsewhere, with another doting homosexual/they, for another 20 minutes. There are three publicists on the call too, who stay eerily silent, here to make sure that we stay on the topic of Quinn’s collab with, and her recent appointment as creative director of, dazzling shoe company ShoeDazzle. You’ve never heard of it. Neither had I, until five minutes before the call.

I had, however, heard of Christine. In fact, I’ve had dreams about Christine turning up to my office and shit-talking me. Smacking me round the face, before giving me a makeover: scraping back my hair into a tight ponytail, cinching my waist into a custom corset, and forcing my bunioned hobbit feet into one of her “Jarrah” heeled sandals. See, somehow she’s managed to do what so few people who found fame on reality TV do and become, I would argue, bigger than the show. Or, at least, the centre of its universe. Now the whole of the LA realty scene is simply in orbit around their giant, straight-talking sun: Christine. And we all love it!

But why is that? From one angle, Christine is the endpoint of capitalism. She sells giant houses, rarely wears a pair of shoes twice – “bags are reusable”, thank god – and lives in a kind of present that has murdered the future. A future where the environment matters, where hyper-capitalists aren’t icons, where the words “shoe” and “collaboration” haven’t been uttered in the same sentence in over 100 years. This, lest we forget, is a collaboration with a brand that sells shoes for $14.99 when marked down – and if your shoes are $14.99, then there’s truly something afoot.

And yet somehow, she gets away with it, even if that “it” is pedalling fast fashion straight into the walk-in wardrobes of sexy bimbos like me, who definitely don’t need yet another pair of sexy bimbo shoes. Or at least, she almost does. Because while somehow she is everything your good moral heart resists, she is one thing that so few people like her are: honest. Proper balls-to-the-wall honest. When I ask “What does basic mean?” she shouts “Crishelle!”, which is a bitchy thing to say and I do not endorse (because I personally adore Crishelle), but my god! Finally a celebrity who talks past the media-trained nonsense and right into the little goblin part of my drain-brain that is recharged by drama! Bitchiness! Glamour! Fights!

But while her honesty might make her come across as catty, or as shallow, Christine is actually far from it. “Girlboss for me is someone who is confident, someone who’s able to say no, but also say yes at the right times. And a girlboss is someone who’s able to set boundaries,” she tells me. “Confidence comes in all different ways, shapes, and forms, and for me, that’s through my loud mouth and my fashion – and definitely my shoes.” Shoes and girl-bossing aside, her general mantra of being powerful, with boundaries, and the ability to say no is something we all need a sprinkle of in our green juice to go.

“Confidence comes in all different ways, shapes, and forms, and for me, that’s through my loud mouth and my fashion – and definitely my shoes” – Christine Quinn

So a girlboss – or, as is preferred by Quinn, the more gender-inclusive term “boss bitch” – is nothing without her shoes.  She’s a publicist’s dream, not only because she always brings it back to the shoe, but because it feels like Christine represents an evolution in celebrity. It’s been a long time since I did a celebrity interview in which I felt I was on a knife-edge. In an age of extensive media training and PRs themselves answering for their clients (seriously: I once interviewed [redacted] and she stayed totally and utterly silent if I asked anything that wasn’t about handbags), Quinn is a breath of fresh air who could say anything, at any moment.

But back to shoes. She tells me about them: there’s no such thing as too many shoes! Shoes make her feel incredible! Shoes are her favourite thing in the world! A sugar daddy bought her her first pair of designer shoes! She used to wear only designer shoes but that’s just wasteful so now she buys more affordable, probably fast fashion, shoes (lmao)! She would be lost without shoes! In the ShoeDazzle campaign she didn’t care how she was lit she just wanted to make sure the shoes looked good (which they do!).

Christine started by sketching the collection – when their wearers walk, she wanted them to “glimmer, and give off this beautiful vibe. We wanted to create this kind of utopian vibe, where it was this weird town and I was lost and the only thing that I packed on this vacation with me is the only thing that’s most important to me, which is obviously… shoes.” And there are lots of shoes in her collection: yellows, pinks, greens. Straps snake up the ankle, chains clink across the feet. We’re going “thot by the pool”, we’re being “environmentally sustainable by doing recycled denim in a lot of our prints.” She’s right. The shoes are good. I’d definitely wear them.

I like this for Christine. She seems genuinely thrilled by this collaboration: like she’s happy to have a project in which she can tell the story from start to finish, on her own terms. Same for her book – which she brings up a lot – which comes out later this year. But the thing is, while the artifice of Quinn is what has allowed her to step up this ladder and into fame, really there’s thousands of beautiful blonde girls in Los Angeles. What is unique about Christine is both her sharp tongue and the wisdom having a sharp tongue has brought her. That’s the thing about the girl who speaks her mind, being one myself, there are countless learning opportunities – brought to you by all the looks, comments, friendships you unpick – for you to hone your voice. For you to work out what works. Christine knows her value, she is so deeply sure of it.

“We wanted to create this kind of utopian vibe [with the campaign], where it was this weird town and I was lost and the only thing that I packed on this vacation with me is the only thing that’s most important to me, which is obviously… shoes” – Christine Quinn

Maybe it’s because everyone’s a capitalist, and people who are slow fashion activists are (while doing an important job) equally annoying as people who have a new Shein outfit every day, that Christine gets away with being the face of a fast fashion shoe brand. Or maybe it’s because she represents the girl in us all who wants to get paid and just be themselves while doing it. I’d argue that it’s time to move on from the ‘get your coin’ excuse for taking a paid partnership with, say, Amazon Prime, and that all our talking over the last decade means we should have developed more critical faculties when it comes to capitalism, visibility, co-option, and “the future”. But sometimes I want to just put my brain on a frying pan and watch it sizzle. Sometimes I want to obsess over reality TV and impulse buy $14.99 shoes. Not always. But sometimes. And only if they’re designed by Ms. Christine Quinn herself. 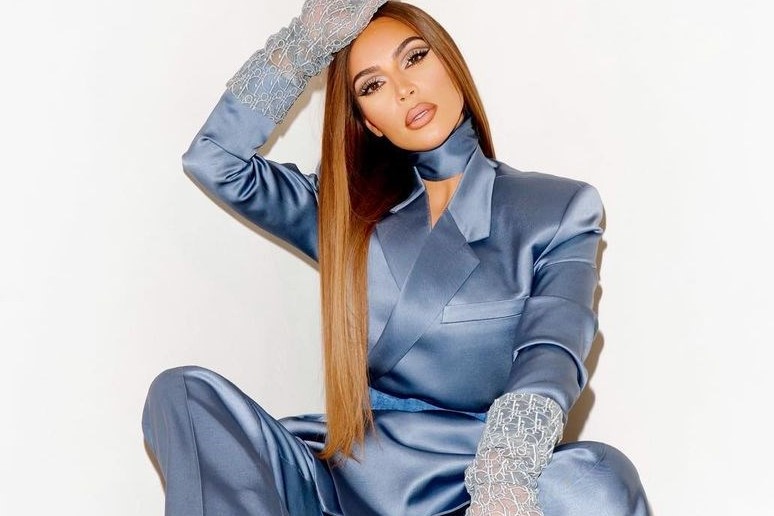 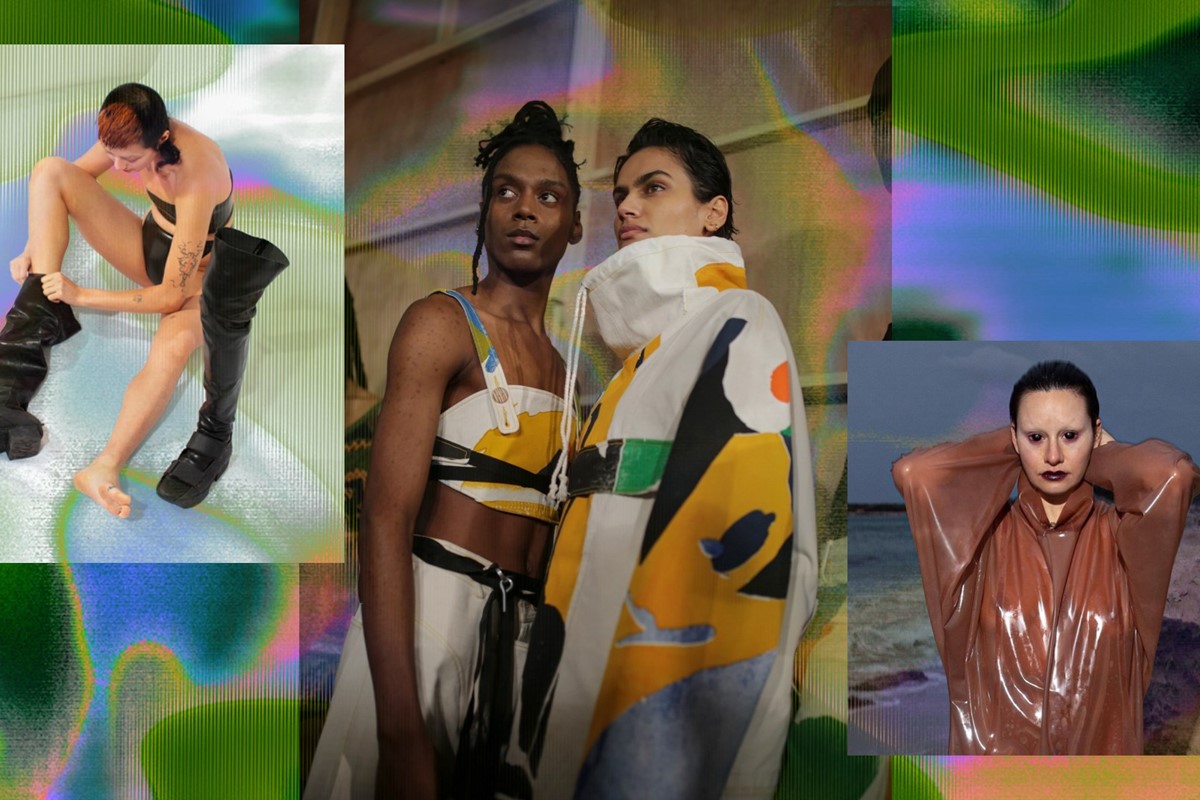 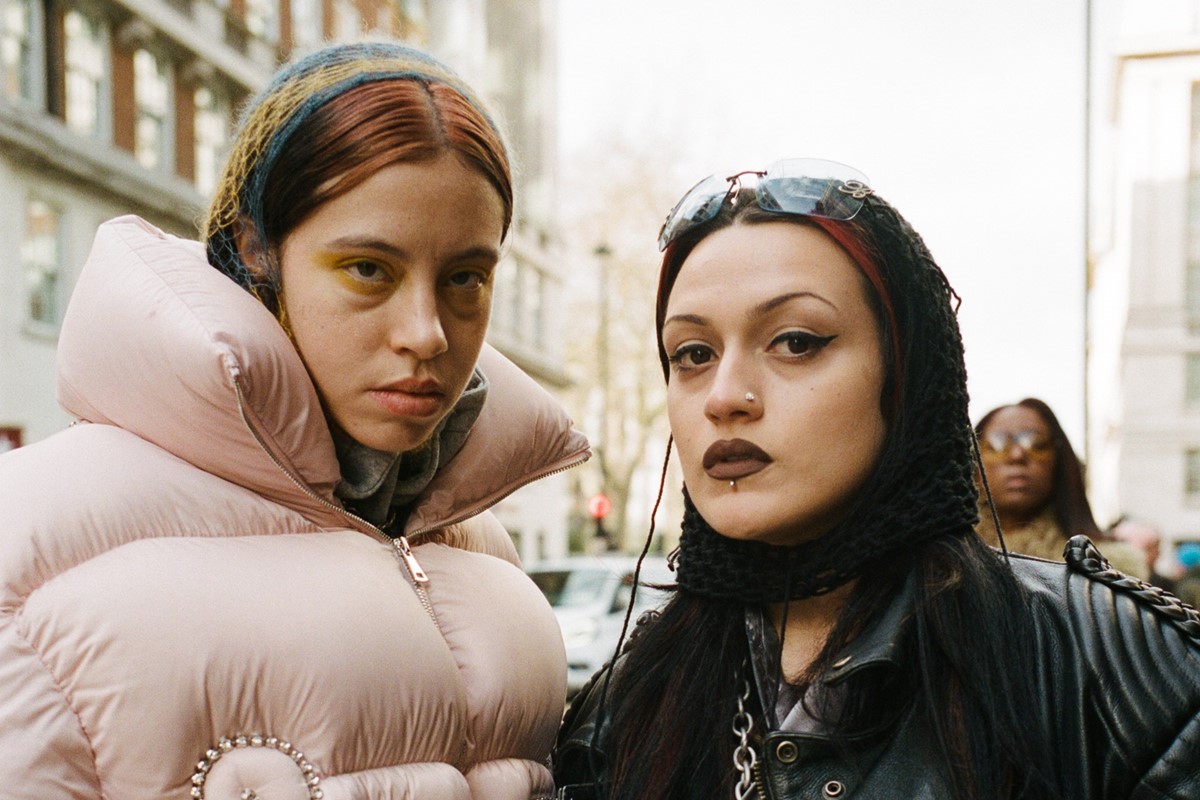