Why Ableton’s new “curated collections” are some of Live 10’s most useful tools.

Ableton Live 10 does a lot of things right: its new Wavetable synth, the brilliantly weird Echo effect and Pedal, a versatile guitar pedal-inspired sonic mangler, are all some of the best things to come out of Ableton’s Berlin HQ in years. What I didn’t expect to be quite so useful are Live’s included sound packs. I’ve avoided sound and sample packs in the past because they usually feel too genre-specific, but Ableton’s approach in Live 10 is different: a genre-agnostic take on sound content that encourages experimentation rather than forcing users into a restrictive, pre-defined box.

The bread and butter of Live 10’s sound content comes in the form of four packs of samples and presets covering acoustic drums (Drum Booth), drum machines (Drum Essentials), vintage synths (Synth Essentials) and multi-sampled electric pianos and organs (Electric Keyboards). These are useful things to have, but fairly vanilla (three of them are also only part of the more expensive Live 10 Suite). The more interesting sound packs are what Ableton calls “curated collections”: sets loosely grouped around a common music theme that capture “the musical threads that tie together evolving styles and scenes”.

Ableton has produced six in total: Chop and Swing, a collection based on old-school hip-hop sampling; a dark techno collection called Punch and Tilt; Drive and Glow, a collection of indie pop sounds; Glitch and Wash, which is loosely inspired by IDM and ambient music; a UK bass and club music collection called Skitter and Step; and Build and Drop, the most overtly ‘commercial’ of the set, covering EDM and trap sounds. Downloading them and adding to your library is as easy as clicking “Packs” in Live 10’s browser and downloading from the “available packs” tab.

While buying a deep house sample pack will most likely give you a set of pre-prepared sounds or loops that you’d probably only use for making deep house, these six packs act as a much looser starting point. Take Chop and Swing, for example. Ableton understands that a lot of loose, jazzy deep house shares the same musical DNA as sampled, MPC-crafted hip-hop, so it’s grouped together drum kits, Operator, Analog and Wavetable synth presets, effect racks, samples for Simpler and MIDI loops that could feasibly be used for both genres.

“We actually tried to stay away from genre because what we find is more important is the sonic theme than the genre,” Dylan Wood, Ableton’s Product Owner for Sound, tells me. “So rather than making a kit that’s aimed at one genre – minimal tech-house for example] – we looked at what sounds get used a lot and tried to find ways to make sure that a pack represents the kind of sounds people needed. What we found is that certain sounds stick around over a long time – the genre might change, but the sounds or the elements that you actually need to build those styles usually stay quite similar.”

Ableton spent about a year and a half figuring out what the character of each curated pack was going to be, using playlists of classic and modern tracks as ‘mood boards’ to help draw links between them. “If you look at jungle, D&B, 2-step, garage and dubstep over a period of 15 years there’s all these common sounds through all of them and there’s a hi-hat you could probably find that would fit across all of those styles,” Wood says. “We wanted them to have a long] shelf life because people are going to spend time getting to know them. It’s a balance between instant gratification and wanting the sounds to be useful for people over time.”

Ableton enlisted a mixture of professional sound designers and artists to build the packs, consulting with musicians throughout to ensure the sounds picked would have longevity, but also be timely. “It’s not about meeting all the needs of everything, it’s about trying to have some taste imprinted on it, Wood says. “What we’ve tried to do is represent what seems to be important to the people that are making music and talking to people that we trust to understand how can we best represent that. And that actually is about cutting away a lot of stuff and saying ‘this might be hot right now but it’s probably not a thing that will last]’”.

It’s easy to spend hours browsing through all the sounds of Live 10’s curated packs, but if you have a style in mind then it’s also much quicker to find the right sound than it was with Live’s earlier sound packs. In some cases it’s faster to find inspiration than you would using Native Instruments’ Maschine, which has traditionally led the way with its massive library of samples, synths and presets. Both platforms have their advantages and disadvantages, but I’ve found Ableton’s curated approach encourages experimentation and discovery, something that’s not easy when you’re constrained by genre restrictions.

Another great thing about Ableton’s curated packs is that they don’t just give you a selection of sounds and presets – they give you some really useful effects racks that cover everything from distortion and mixing utilities to rhythmic and modulation tools. Chop and Swing, for example, has a really useful rhythmic effect rack called “Skips A Beat”, which combines Live’s Beat Repeat plugin with the Frequency Shifter, Redux and Glue Compressor to make something that’s a cross between a randomizer and a bit-crusher. Glitch and Wash also has some unusual modulation and rhythm tools that’ll appeal to fans of IDM-style beats.

What I’ve also found from exploring these six packs is that although they’re curated to steer you in one direction, I’ve often found myself taking another route entirely. Build and Drop, for example, is ostensibly the more ‘commercial’ collection, but by mixing and matching drums from this this with effects racks from the Punch and Tilt pack (the one most aligned with Berlin’s darker techno sound) I’ve found myself making loops that sound like EBM or industrial music. This is possible with any sample pack, but there’s something about Live’s curated packs that encourages happy accidents.

Of course, as with most of Live 10’s best features, the curated collections aren’t all included in every version. Only Chop and Swing is included in Live 10 Intro, Standard and Suite, while Skitter and Step is limited to Standard and Suite. The other four packs you’ll have to buy individually for $49 each or buy Live 10 Suite (a hefty $799) to gain access to. But they offer much better value for money than a set of cookie-cutter tech-house loops. If you’re lucky enough to have access to any of the new curated packs, don’t underestimate them – even if you hate samples or presets, they could come in handy if you’ve hit a creative roadblock. 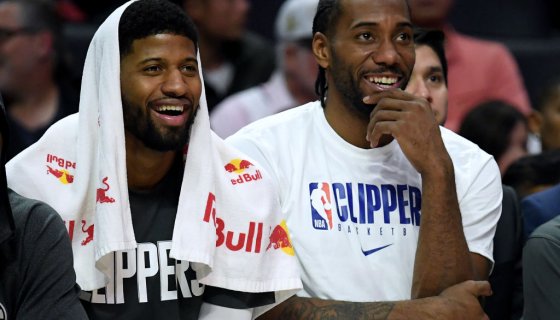