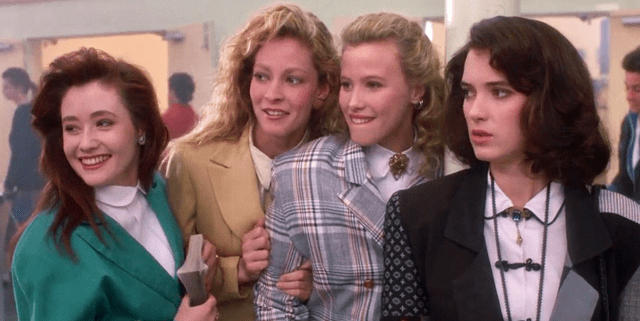 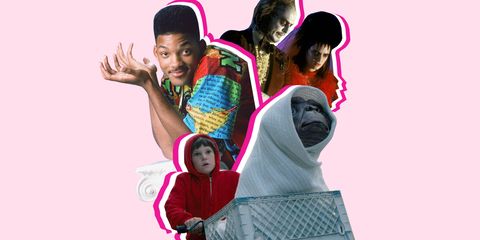 After binging a full nine hours of Stranger Things, you’ve probably got the ’80s on the brain. And that’s good for two reasons: 1. ’80s fashion trends are officially back in style. And, 2. Halloween is almost here.

Now, I’m not going to fill this article with remakes and reboots (although, Stranger Things does have some pretty epic costume ideas). Instead, I’ve pulled together some of the most iconic pop culture moments from the 1980s that will have strangers yelling “I LOVE YOUR COSTUME” at you all night long.

Here are the best ’80s Halloween costumes from music, television, movies, and beyond.

If you’re looking for a clever couples costume that can also accommodate your fur baby, this is it sis. It’s a classic Halloween movie that makes a great Halloween costume.

It doesn’t get more classic ’80s than a good old-fashioned hair band. With their extravagant costumes and iconic face paint, Kiss is easily the most costume-worthy.

I know, I know—Stranger Things isn’t *actually* from the ’80s, but it does take place during that period. From Eleven to Will—all members of the Party have got killer style. Plus, their looks are super easy to DIY.

The “Saved By the Bell” Cast

When it comes to Halloween planning, consider yourself saved by the bell. Zack, Kelly, Slater, Lisa, Jessie, and Screech were probably a huge part of your childhood, no matter when you were born.

This Tim Burton classic plays nonstop the entire month of October, so you should have plenty of chances to nail the inspo. If not, just reference Bella Hadid and The Weeknd’s version of this costume, because they nailed it.

Alexa, play “Push It,” by Salt-N-Pepa. This iconic group deserves our recognition 365 days a year, but let’s face it: those spandex-and-leather outfits were made for Halloween.

This might have been one of the biggest moments of the 1980s – and I do mean that literally. Those puff sleeves, that massive veil – you can replicate a similar look at any vintage store.

You can’t talk about ’80s style without bringing up the queen herself, Madonna. Her lace-and-tulle “Like a Virgin” album cover is a 2021 Halloween costume just waiting to happen.

Just pick any John Hughes movie and you’ve got basically an entire lifetime worth of ’80s Halloween costume ideas. This film is perfect for a group of five looking for a great squad look.

Basically all you need to throw it back to the ’80s is a wild vintage windbreaker. Find a mural to pose in front of to replicate this exact photo for your Halloween Instagram.

The Twins from “The Shining”

This scene will never not be creepy – thus, making it the perfect costume idea for those who *actually* want to be scary come Halloween.

Summer and Casey from “Baywatch”

This ’80s Halloween costume would be perfect for a costume-meets-pool party. (There should really be more of those…)

Marty and Doc Brown from “Back to the Future”

If you’ve got a puffer vest and a white shirt, you’re in business. There truly is no more iconic duo when it comes to 1980s pop culture.

Whitney Houston in “I Wanna Dance With Somebody”

Pick a look from Whitney’s epic music video, so you’ll have an excuse to scream-sing “I Wanna Dance With Somebody” at every single party you go to.

No, Heathers isn’t just a play from Riverdale. This movie was an ’80s classic and almost every scene has a look worthy of your ’21 Halloween costume.

Every time Freddie stepped onto the stage, he supplied a new Halloween costume for future generations. One of his easiest to make and most memorable is the white tank and studs outfit from the 1985 Live Aid concert.

Uhura and Kirk from “Star Trek”

Even if you’re not big on the Star Trek fandom, you can still appreciate their costumes. I mean, Uhura was fabulous, even in outer space.

Tom Cruise’s iconic Risky Business dance scene outfit crops up almost every Halloween, because it’s just so easy to make. Throw on an oversized button-up, tube socks, and a pair of Ray-Bans.

So. Much. ’80s. Fashion. The Family Matters cast served up hella style and some truly retro hairdos in this famed tv show.

Ferris from “Ferris Bueller’s Day Off”

Yeah, there are a lot of John Hughes movies on this list. Recreate this iconic scene from “Ferris Bueller’s Day Off” just by hitting up your local thrift store.

Westley and Buttercup from “The Princess Bride”

No, this isn’t just an excuse to wear a pretty crown and intricate wedding dress (yes it is). The Princess Bride gets a spot on this list, because it truly is a classic.

This might be one of the easiest and best costumes of the 1980s. Rep the greats in T-shirts and jeans, then add flat-bills and chains to your entire crew. Bonus points if you grow out an ’80s-inspired mullet.

Johnny and Baby from “Dirty Dancing”

Nobody puts Baby in a corner, but we will steal her outfits. You probably already own everything required to duplicate this look, now you just need a Patrick Swayze to complete it.

Egon, Ray, Peter, Winston – the ultimate ’80s squad. You can buy lookalike costumes for the entire crew at basically any party store.

Look at those shoulder pads! Those earrings! That sass! This foursome makes for the ultimate crew costume. (Dibs on Blanche.)

Rainbow Brite is an icon for anyone who grew up in the ’80s. And her kitschy outfit is just as trendy today.

Cyndi’s look is best described as a dress-up box explosion. Just drape beads, shawls, scarves, pins, and pearls all over yourself – then go really heavy on the eye makeup.

Andie from “Pretty in Pink”

Basically any combination of pink, pearls, and floral print will have you looking like Molly Ringwald in Pretty in Pink.

Prince basically wrote the soundtrack to the 1980s. If you happen to have a bedazzled purple suit, you can easily recreate his most famous look: a plum jacket and big hair, made famous by the hit “Purple Rain.”

Let’s get physical! This ’80s Halloween costume is perfect for when you’ve got a workout at 7 and a party at 8.

Duckie from “Pretty in Pink”

Yes, we already discussed Pretty in Pink, but Duckie’s looks are just too good to pass up. Honestly, I’d wear that blazer any day of the week.

Sir Elton John is a Halloween favorite, mostly because you get to wear fun sunglasses to take on his persona. If you want to pay tribute to the literal knight of pop, rock some of his technicolor outfits from the ’80s.

The WWE was huge in the 1980s – almost as big as Hulk Hogan’s biceps. Rep the most famous wrestler of all in a pair of comfy Lululemon leggings and cowboy boots.

Before there were fidget spinners, there was the Rubik’s Cube. Only the biggest nerds need apply to this costume.

Kelsey Stiegman
Senior Style Editor
Kelsey is Seventeen.com’s fashion expert and resident Harry Potter nerd.
This content is created and maintained by a third party, and imported onto this page to help users provide their email addresses. You may be able to find more information about this and similar content at piano.io 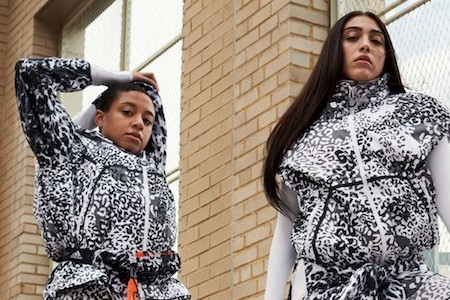 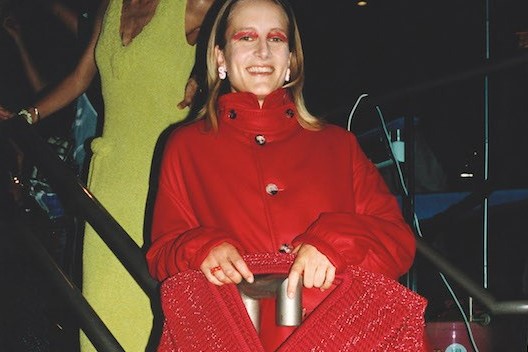 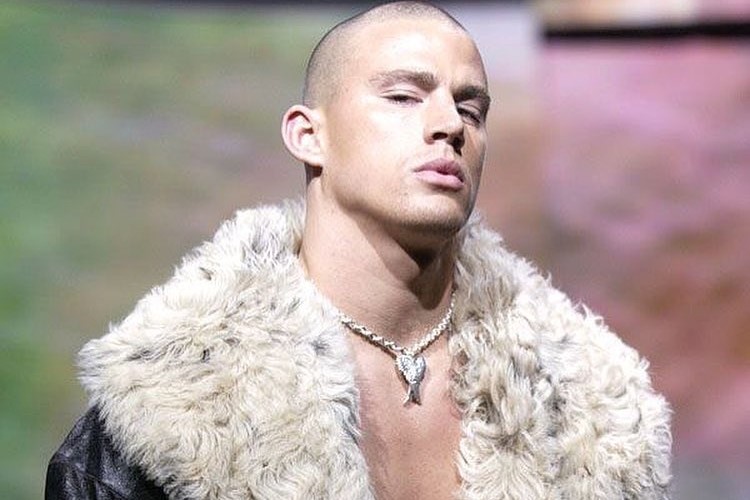 Is Diddy resurrecting his Sean John clothing line for 2022?