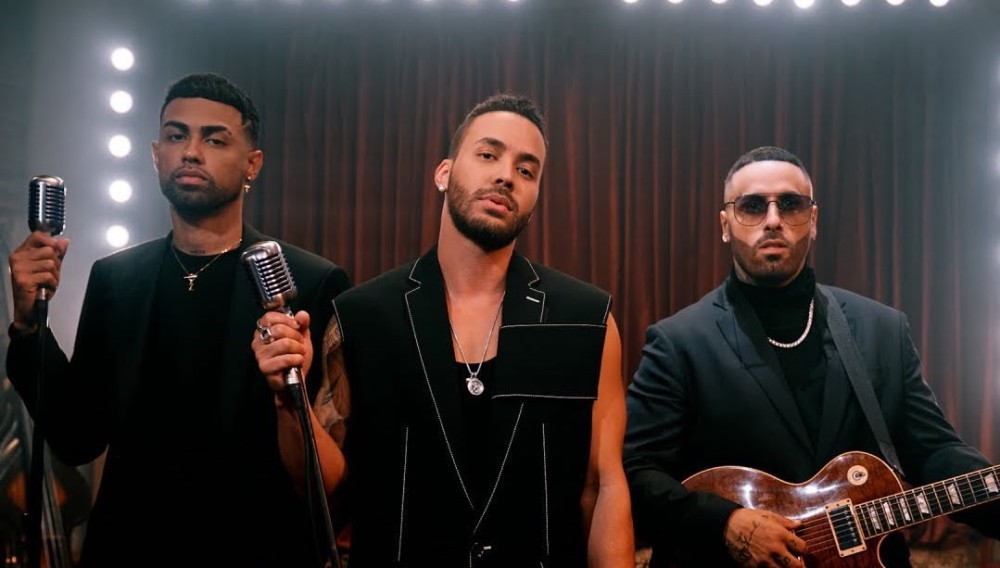 Coachella is officially confirmed to return next year — and advance tickets have already been sold. While rumors swirl of who could be in the lineup, we do know of one confirmed headliner: Frank Ocean, who is set to hit the stage both weekends in 2023. Since Coachella did a great job with the Latine representation last year, we have a few ideas for which artists we love to see on the line-up next year.

In a Tweet, Coachella announced that that next year’s festival will be taking place on the weekends of April 14-16 and April 21-23. Advance tickets went on sale on June 17. There’s currently a waitlist on the Coachella website for the next round of ticket sales. In an interview with The L.A. Times, Coachella’s co-founder Paul Tollett revealed that Frank Ocean will be one of 2023 headliners.

This past spring, Coachella featured many Latine acts on the line-up. Among the names in big print were Colombian superstar Karol G and Mexican groups Grupo Firme and Banda MS. Karol G put on one of the event’s most talked-about performances with her homage to the history of Latine music. Anitta was also among the top-billed names, making history as the first Brazilian solo act to perform on the main stage. Her frequent collaborator, Pabllo Vittar, also made history as the first drag queen to perform at Coachella.

This past year, Mexican-American pop star Omar Apollo also made his Coachella debut. The Marías also rocked out on the main stage, who then went to work with Bad Bunny on his latest album. Jessie Reyez held it down for Colombia and Canada at the event. Corridos tumbados took center stage when Mexican singer Natanael Cano made his Coachella debut. Argentine pop star Nicki Nicole represented her country well.

Those were just a few of the Latine highlights at last year’s Coachella, which got us thinking how next year could go even harder for talent from our communities. Here are 10 Latine artists that we hope to see on the line-up for 2023.

Like Beyoncé, Shakira can also perform at both the Super Bowl halftime show and Coachella’s main stage. Imagine if Beyoncé was a surprise guest for them to finally perform “Beautiful Liar” live for the first time… The Colombian superstar is currently riding high into her next era with her recent hit “Te Felicito.” With a new album on the way, 2023 could be the perfect time for Shakira to headline Coachella. She has over three decades of hits under her belt that she can perform in Spanish and English. With songs like “Hips Don’t Lie,” “Whenever Wherever,” and “Loba,” Shakira could really tear up the stage.

So nasty! Romeo Santos has had the unique experience of scoring recent hits as a solo artist and with his band Aventura. Santos recently made a return with his sultry single “Sus Huellas.” He also had one of the biggest hits last year when Aventura teamed up with Bad Bunny for “Volví.” Santos could be the one to finally bring bachata to Coachella’s main stage. The rest of Aventura could be a great surprise guest so that he can perform the band’s classics along with his own hits. Santos also has a new album on the way, so this could be the perfect opportunity to headline and turn up the heat at Coachella.

Bizarrap is having one of the biggest years in his career right now. The Argentinian producer went viral globally this year thanks to “BZRP Music Sessions #49,” Residente’s tiraera against J Balvin. Bizarrap followed that with two more big hits alongside Paulo Londra in “Session #23” and Villano Antillano in “Session #51.” Last year, the 23-year-old was nominated for Producer of the Year at the Latin Grammy Awards. Imagine all the special guests that Bizarrap could bring out during his Coachella set. Snow Tha Product could tear up the stage with “Session #39” and Nathy Peluso could bring the party with “Session #36.” Bizarrap and his beats need to be at Coachella next year.

Since breaking out in 2019, Sech has continued to keep reggaeton music fresh and fun. In a short amount of time, the Panamanian superstar has amassed a number of hit singles, making him a perfect performer for Coachella. The crowd would definitely go wild for “Otro Trago” and “Relación.” Maybe he could perform the remix of the song and bring out special guests like Daddy Yankee, J Balvin, Farruko, and Rosalía. As someone that has seen Sech perform multiple times, I can confirm that his soulful voice in his songs sounds even better in a live setting. With a new album on the way, it’s Sech’s time to proudly represent reggaeton music as the future of the genre from which it originated.

In a few short years, Eslabon Armado has emerged as the leaders of the sierreño revival that has been happening in Mexican music. Thanks to their emo twist on the genre, the Mexican-American duo have helped this timeless genre connect with Gen-Z and beyond. What a vibe it would be to see Eslabon Armado performing songs like “Con Tus Besos” and “Jugaste y Sufri” on the Coachella main stage. Eslabon Armado made history last month when their album “Nostalgia” debuted at No. 9 on the all-genre Billboard 200 chart. It became the first regional Mexican album to appear in the top 10 on the chart. The guys have certainly earned a place on the Coachella stage.

Speaking of “Jugaste y Sufri,” not only did DannyLux feature on the song, but he also wrote it. Thanks to the massive success of the track, DannyLux rose to the No. 1 spot on Billboard’s Latin Songwriters chart, ahead of Bad Bunny and Ozuna. Since breaking through, he has continued to charm fans with his Mexican music with a touch of classic rock influences from bands like The Beatles and The Eagles. His slightly psychedelic and chill songs like “Tristeza y Traición,” “Nuestro Pasado,” and “Junto a Ti” would sound amazing in a live setting. Earlier this year, DannyLux opened for Coldplay’s stadium concerts in Mexico City. He’s ready for Coachella next.

One of the year’s biggest breakout acts is Yahritza Y Su Esencia. The Mexican-American siblings band went viral on TikTok earlier this year with videos for their hit single “Soy El Unico.” When the heartfelt song was officially released to streaming platforms, it shot to No. 20 on the all-genre Billboard Hot 100 chart. With that feat, Yahritza also became the youngest Latine artist to appear on the chart at 15 years old. Yahritza Y Su Esencia has continued to charm with their breathtaking style of Mexican music with the Obsessed EP that dropped in April. Yahritza sounds even better in her live performances, and she would be an amazing addition to Coachella next year.

Yendry is making a name for herself in Latine music through her multicultural sound and perspective. She was born in the Dominican Republic and later moved to Italy as a child with her mother. Yendry’s songs are an amalgamation of her bicultural upbringing, with Caribbean rhythms meeting European influences. She has tackled Dominican dembow music in “KI-KI,” trap beats in “El Diablo,” and reggaeton in “Se Acabó” with Mozart La Para. Yendry has also worked with artists like J Balvin in “Instinto” and Damian Marley in “You.” She’s an incredible performance artist as well. She translates the spirit of her music through her body in powerful dance routines. Yendry is ready to stomp the Coachella stage next.

In the wave of Latine trap that has taken over Argentina, L-Gante has emerged as a rising star. The rapper and singer broke through in 2020 with the swagger “L-GANTE RKT” with Papu DJ that peaked at No. 2 on Billboard Argentina’s Hot 100 chart. The following year, L-Gante rose to the top of the chart thanks to his collaboration with Bizarrap. He got to flex his incredible rap skills that can adapt to any beat and style of music. The music video for the cumbia-infused banger has over 268 million views on YouTube. L-Gante would get the party started at Coachella with his eclectic catalog of bops.

Gloria Groove is following in the footsteps of Pabllo Vittar as Brazil’s next drag pop superstar. Like Vittar and Anitta, she is pushing Brazilian culture into the mainstream. In 2021, she made history as the first drag queen to enter Billboard’s global charts. With the stunning “A Queda,” she entered the Billboard Global Excl. U.S. chart at No. 171. On YouTube, the carnivalesque music video has amassed over 134 million views. Earlier this year, Groove hit No. 1 on Spotify’s Top Albums Debut Chart with her most recent album, Lady Daleste. Groove could be the next artist to proudly represent Brazil at Coachella. 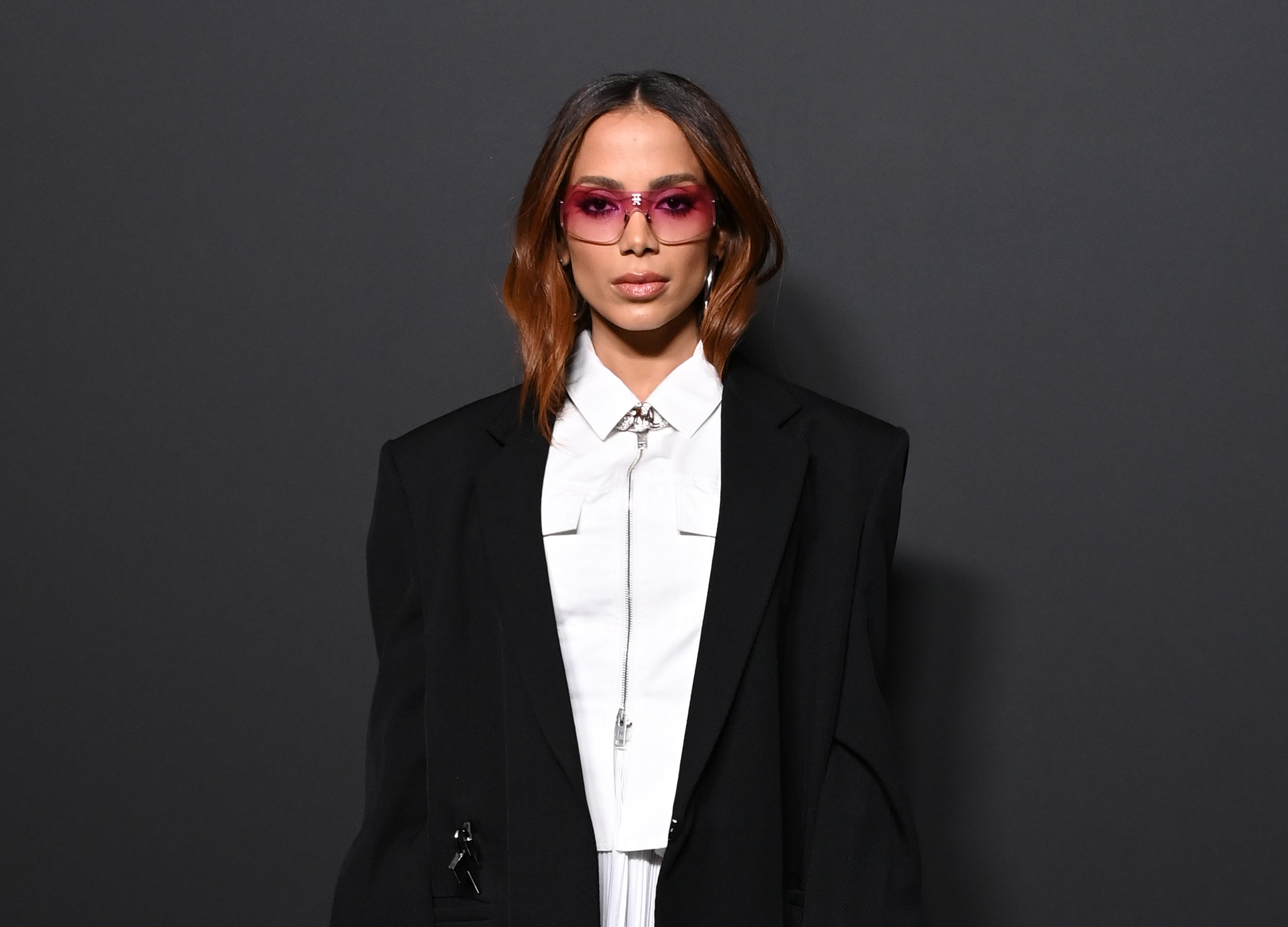 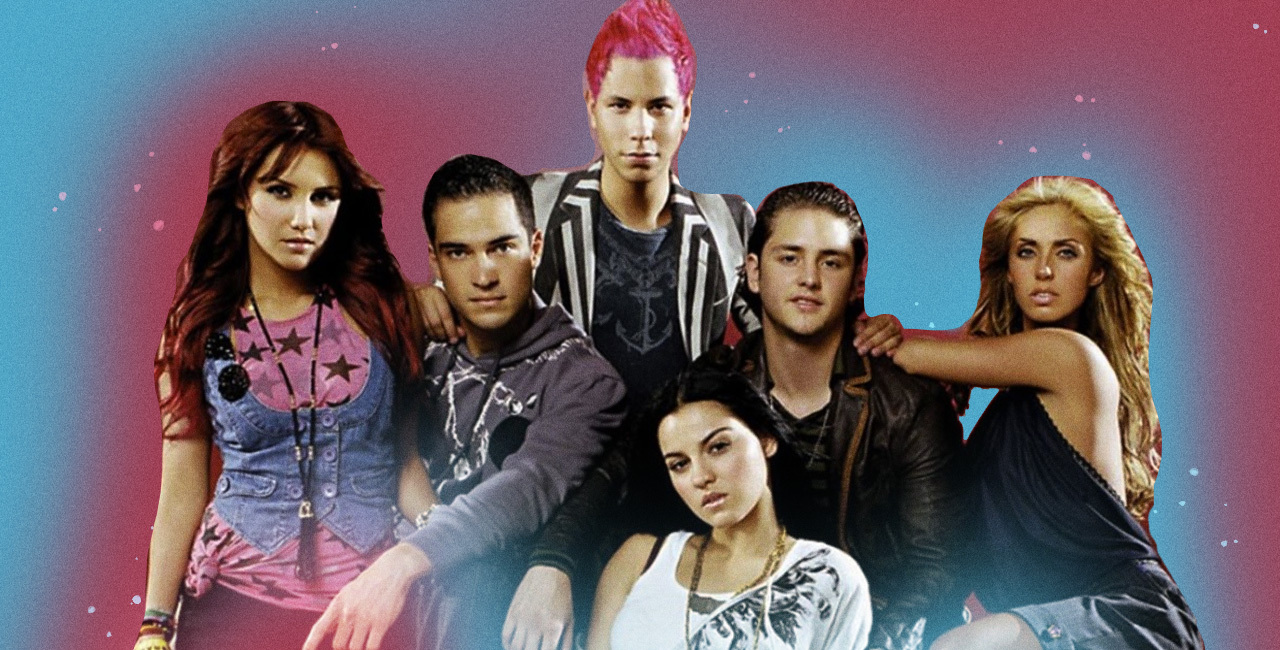